3 races, 2 podiums and a win for Lathrope 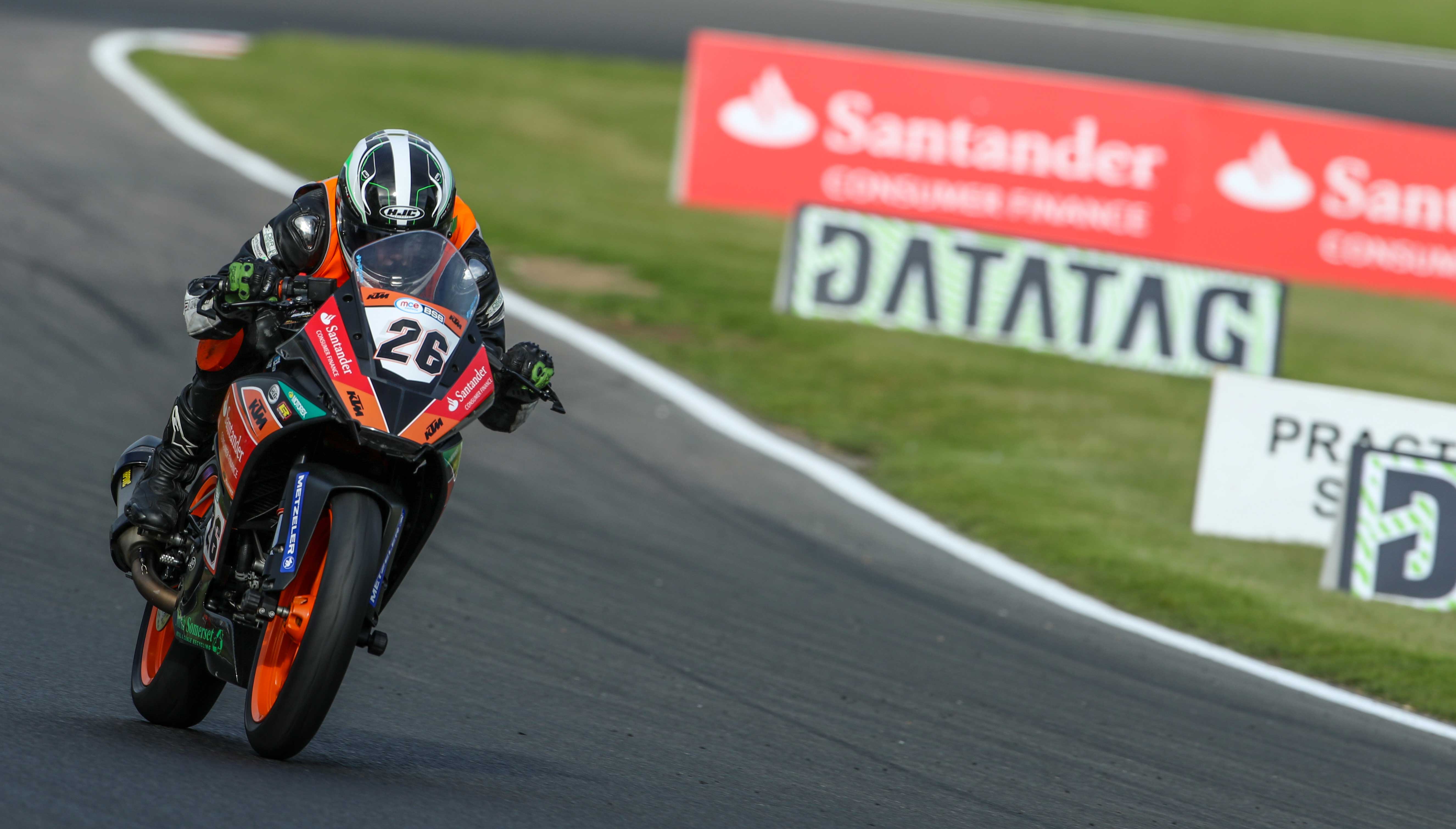 Young Portishead rider Will Lathrope looked anything but a rookie after taking part in the third round of the KTM British Junior Cup at Brands Hatch. This weekend’s event consisted of three races on the Brands Hatch Indy circuit in Kent where Lathrope excelled winning one race, reaching the podium in another and finishing the weekend with third position overall in the championship.

Late on Friday afternoon the riders took to the track to complete the free practice session. He made steady progress and although he was only 0.975 seconds off the time set by the fastest rider, the timings were so close he found himself in ninth place.

The qualifying session was first thing on Saturday morning and following overnight rain the track was still a little damp. Will Lathrope reduced his lap time during the session but the tricky conditions meant he would start on the grid in 8th position.

Race one followed the same day and initially Lathrope was running in a pack of riders including Adam Phipps, Caleb Smith and Danny Bojko. Although he had slipped back to 11th in the early stages of the race he managed to battle his way through the crowded track to finish the first race in ninth place and pick up seven points.

The second race was only a couple of hours later on the Saturday. For this race Will Lathrope had to start from 10th on the grid. He felt more comfortable on the bike and was determined to improve his race one result. He made a great start and he made up three places in the opening lap. Not long after he had worked his way into fifth position. At the half-way stage of the second race he got a lot of drive coming out of Paddock Hill and overtook Thomas Airey to go fourth. Three laps later and Lathrope moved into second spot as he went by Guyett and Nixon in the same lap. There were three laps remaining and Lathrope was second. However, he wasn’t done yet. Lathrope wasn’t going to settle for second. He had Connor Thomson right in front of him. On the last two laps the two riders gave everything. Firstly, Lathrope overtook Thomson going into the first corner before Thomson re-took the lead coming out of clearways on the final lap. With just one corner left some might have thought it all over but Lathrope tucked in behind Thomson and intelligently used the slipstream to cross the line in first place and take his first KTM British Junior Cup victory.

The Sunday brought the third and final race of the weekend. Still smiling from the Saturday night Lathrope lined up in the middle of the front row for the 12 lap battle. After a bad start to the race he dropped back to fifth position, but by the fifth lap he had overtaken two riders to move into third place and just 0.826 seconds of the leading rider. On lap 6 his adversary from the day before, Connor Thomson, took third place from the Somerset rider before an error by Thomas Airey allowed Lathrope to benefit and regain third place. The front three of Fox Morton, Thomson and Lathrope then began to make a small gap over the rest of the field. Each one was pushing the other as they set their fastest laps at the end of the race. Although,Lathrope was unable to overtake the two riders ahead he achieved a fantastic second podium of the weekend. He crossed the finish line less than four tenths of a second behind the winner.

Will Lathrope left Brands Hatch with a winner’s trophy, a third place trophy and a total of 93 points in the championship. He is 16 points behind the leader with ten more races to take place.

Will Lathrope, “My weekend was amazing. I was happy with the bike, the suspension and gearing were perfect. Gene Adams and Nicole Walker from GA Racing are always a great help to me too, giving me lots of really good race advice. To come away with two podiums and a race win was incredible!”