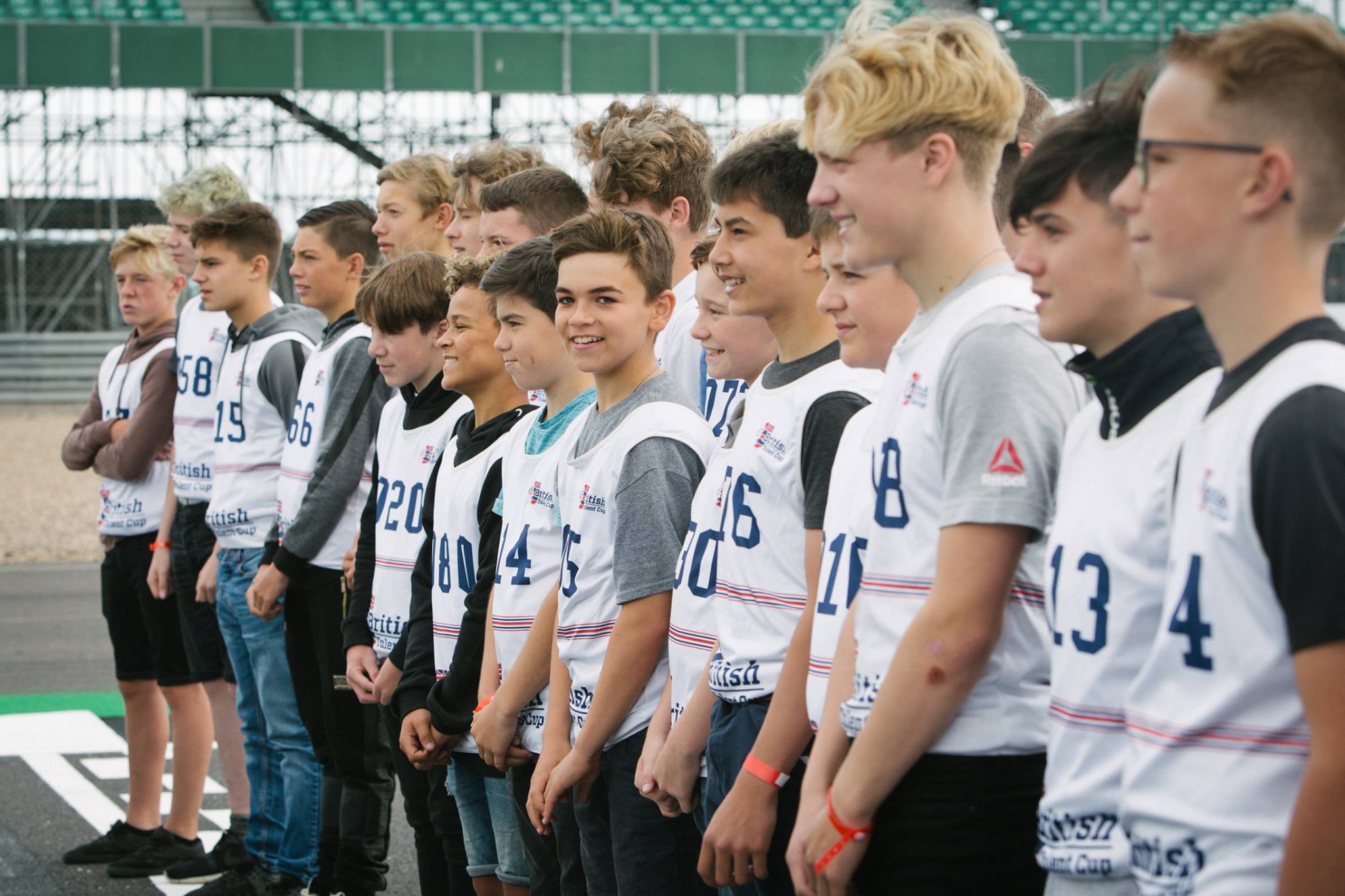 Hull Daily Mail under-16 Sporting Champion Charlie Atkins has been selected to ride in the Moto3 British Talent Cup in 2018.

Having only finished racing at Cadwell Park a few days before Atkins made his way to Silverstone for the British Talent Cup selection event. Invitations were sent to ninety riders from more than 200 hundred applicants to try out at Silverstone.

The series has been set-up by the organisers of World Superbikes and MotoGP as a way to find and bring on young motorcycle talent. It form part of their Road to MotoGP program, and there are already similar championship in Asia and in Europe.

The riders were held in a large room, waiting for their names to be called. Groups of eight went out on track to be assessed. Charlie Atkins was one of the eight riders selected in the first group to go on track. Once called they received a briefing from Alberto Puig, a former GP rider himself and big influence on the careers of Casey Stoner and Dani Pedrosa, before making their way out on circuit.

Once all the riders had been out the numbers were cut. Starting at ninety they dropped to seventy, then fifty and finally down to 33 for the last session of the day.

Atkins made it to the final session from which twenty two lucky riders were be invited to compete in the first ever British Talent Cup Championship. Finally the waiting was over. Atkins was one of the first names read out of those twenty two riders and he clenched his fists with delight.

The following day the riders got to meet the current British MotoGP riders including, Cal Crutchlow and Scott Redding. They also spent some time in the GP paddock area before being invited onto a huge stage for the Day of Champions event hosted by Julian Ryder. Jeremy McWilliams the British Talent Cup scout also explained some of how the selection process had worked.

Although the calendar has to be finalised the British Talent Cup will see the twenty two riders racing at Dorna events such as, World Superbike and MotoGP in the UK and Spain. It is a great opportunity to put yourself in the shop window of teams looking to bring on talent for the higher echelons of motorcycle racing. 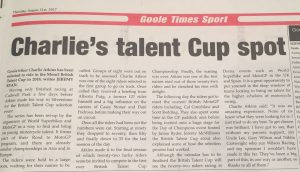 Charlie Atkins said, “It was an amazing experience. None of us knew what they were looking for so I just tried to do my best. To get chosen was brilliant. Last year I won my first Moto3 race at Assen, then early in 2017 the Hull Daily Mail gave me the under-16 Sporting Champions Award and now this! I’m going to race in a championship run by the organisers of MotoGP and I got to meet the British MotoGP riders too! I have got to say, that without my parents support, my Uncle Lee, Gary Wilson and Nikita Cartwright who run Wilson Racing, and my sponsors I wouldn’t have made it this far. They’ve been a big part of this, in one way or another, so thanks to all of them.”