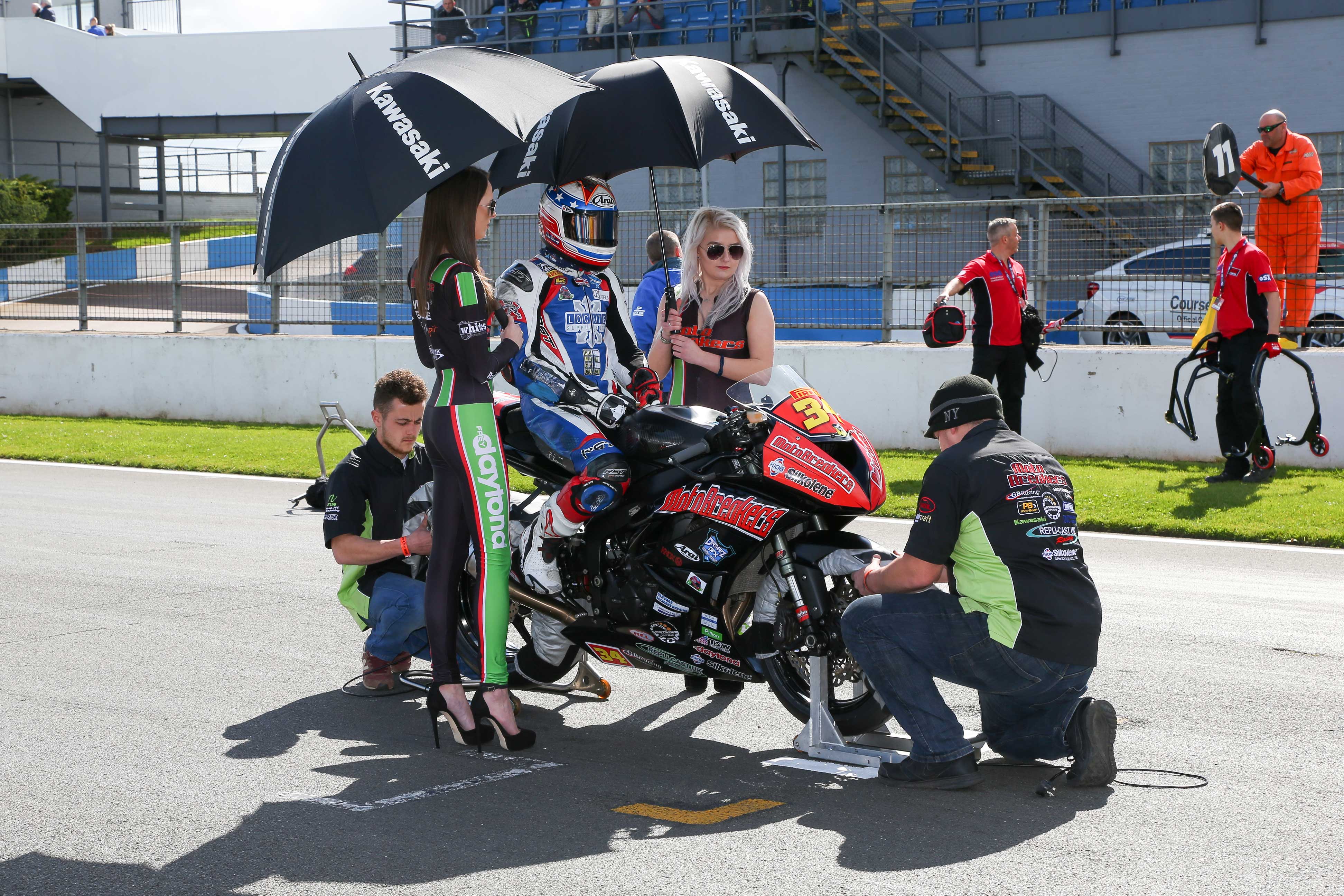 It’s been a long time coming but finally the Pirelli National Superstock 600 series of British Superbikes got underway at Donington Park last weekend.

Having joined the Moto Breakers team for 2017 Drayton spent the two free practice sessions getting a feel for the bike and working with the team on improving the suspension settings. In free practice one Drayton registered a lap time of 1:41.701 before improving on that with a 1:39.313.

At the end of the first day the decision was made to make some minor adjustments to the front end of the bike for qualifying on Saturday.

Qualifying took place on Saturday morning but unfortunately on a wet track. This was the first opportunity for Daniel’s new mechanic Neil to get a wet set up on the bike. They were hoping to get a chance to put in slicks to capitalise on the good lap times they had achieved on Friday in practice, however rain began to fall again. Despite the track surface, Drayton continued to cut his lap time throughout the session as his confidence grew.

Drayton started the race from 29th on the grid. He made a superb start moving up seven places in the first lap. He was bunched in a tight group of many riders and slipped back some places during the melee of the early laps.

By mid-race the Moto Breakers rider found himself in a three rider fight for 24th position. Battling hard for the full 14 laps the three riders swapped positions on numerous occasions.

As the race came to a conclusion Drayton got the better of his two fellow Superstock riders passing both of them on the final lap and went on to finish in an excellent 21st place in his first Pirelli National Superstock 600 race.

Drayton said, “Brilliant way to start my first meeting on the stock 600, I want to build on that now and my aim will be to consistently improve and  go on to score some points. I can’t thank the team enough for the help and support I have had this weekend.”