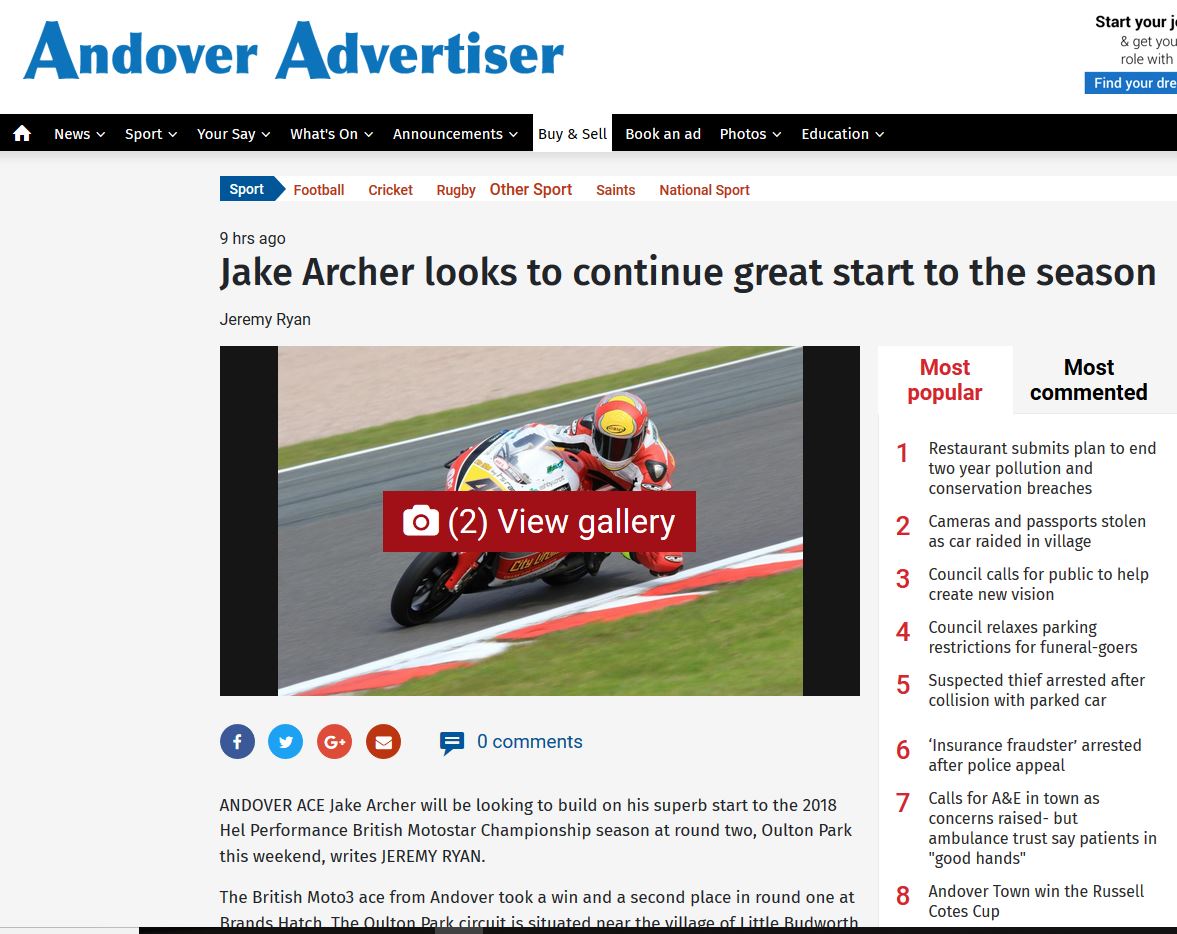 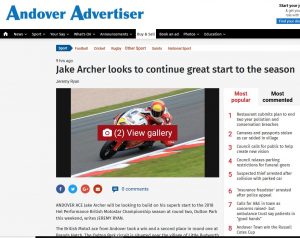 ANDOVER ACE Jake Archer will be looking to build on his superb start to the 2018 Hel Performance British Motostar Championship season at round two, Oulton Park this weekend, writes JEREMY RYAN.

The British Moto3 ace from Andover took a win and a second place in round one at Brands Hatch. The Oulton Park circuit is situated near the village of Little Budworth in Cheshire and is an undulating 2.7 miles.

The teams visit the circuit twice throughout the season returning again in September this year.

In the visit during May last year there was only one race and he was fourth.

On the return visit mid-September, he improved to finish second in race one. In the following race he took a gamble in order to try and beat his teammate and championship rival.

Changing the rear wet for a slick he hoped a drying track would give him the advantage. Unfortunately, the track didn’t dry sufficiently quickly and he came across the line tenth.

Archer said,” Although it was wet we have just finished a successful test and I am looking forward to the round at Oulton Park. I want to build on the start I made at Brands Hatch and expect to be on the pace over the weekend. It is important to keep the momentum going.”