Moto3 wildcard Hopkins in the points again at Donington Park 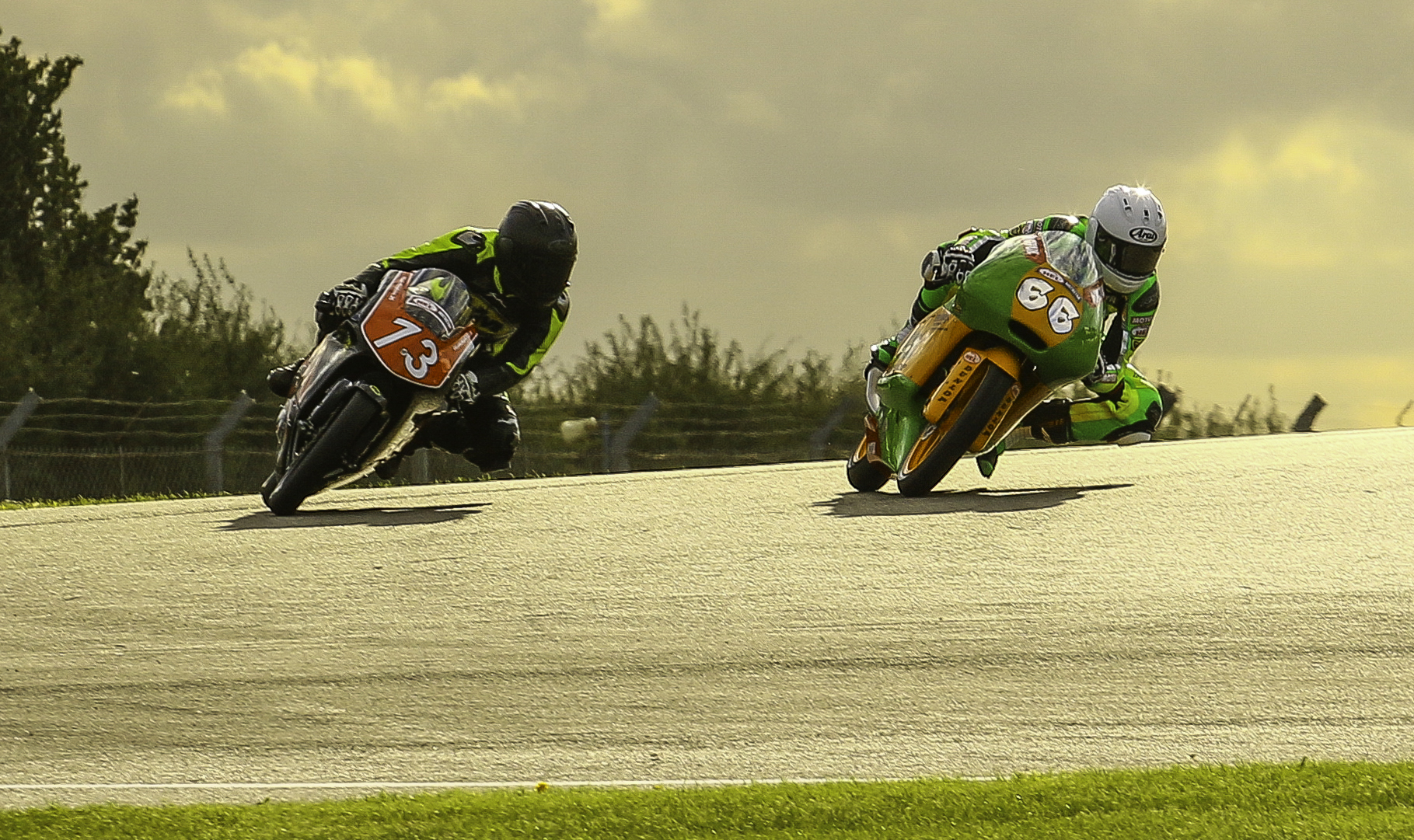 Luke Hopkins from Sittingbourne was racing again this weekend, but this time as a wildcard in the Hel Performance British Motostar Championship at Donington Park.

The Honda NSF250R is a Moto3 machine, much lighter and more powerful than the Kawasaki Ninja that he usually competes on.

The free practice on Friday morning was a challenge for all the riders as rain fell, although some decided to sit it out. Hopkins used the time to learn the track without taking any unnecessary risks.

By the afternoon the sun was out and the track was dry for the first of the two qualifying sessions. Hopkins completed 14 laps during the 30 minute period improving his lap time by 1.8 seconds.

On the Saturday morning Q2 took place in much cooler conditions. The conditions appeared to catch a number of riders out as several parted company with their bikes during the session. Despite this Hopkins was able to reduce his lap time to 1:46.526 which was 1,192 seconds quicker than his time yesterday. He qualified 13th in the standard Moto3 class for afternoon race. 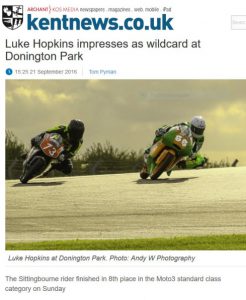 On Saturday afternoon the ten lap race one got underway. Hopkins made a steady start before an accident between two other riders caused the safety car into play for a couple of laps. When the safety car returned to the pits Hopkins immediately started to reduce his lap times. As the race reached its final few laps Hopkins twice lapped quicker than his qualifying time to finish 12th in the standard class.

On the Sunday the race took place mid-afternoon. Hopkins lined up 12th on the grid in the standard class this time. Hopkins was quickly lapping his best times all weekend. During the race his confidence continued to grow with the Donington circuit. He got his lap time down to 1:44.238 which was over three seconds faster than his Q1 qualifying time. In the final laps he was involved in a battle with his friend and rival James Alderson. At the race end Hopkins cross the finish line 0.125 seconds in front to take a superb 8th place in the Moto3 standard class category.

Having only started motorcycle racing in 2015 this was the second time Hopkins entered as a wildcard in the Hel Performance Motostar British Championship. He has scored in both rounds he has entered and now has 24 points.

Hopkins next appointment with the race track will be at the Brands Hatch Indy circuit on the 8 and 9 October at the final round of the Team Green Junior Cup. He currently lies second in the championship.