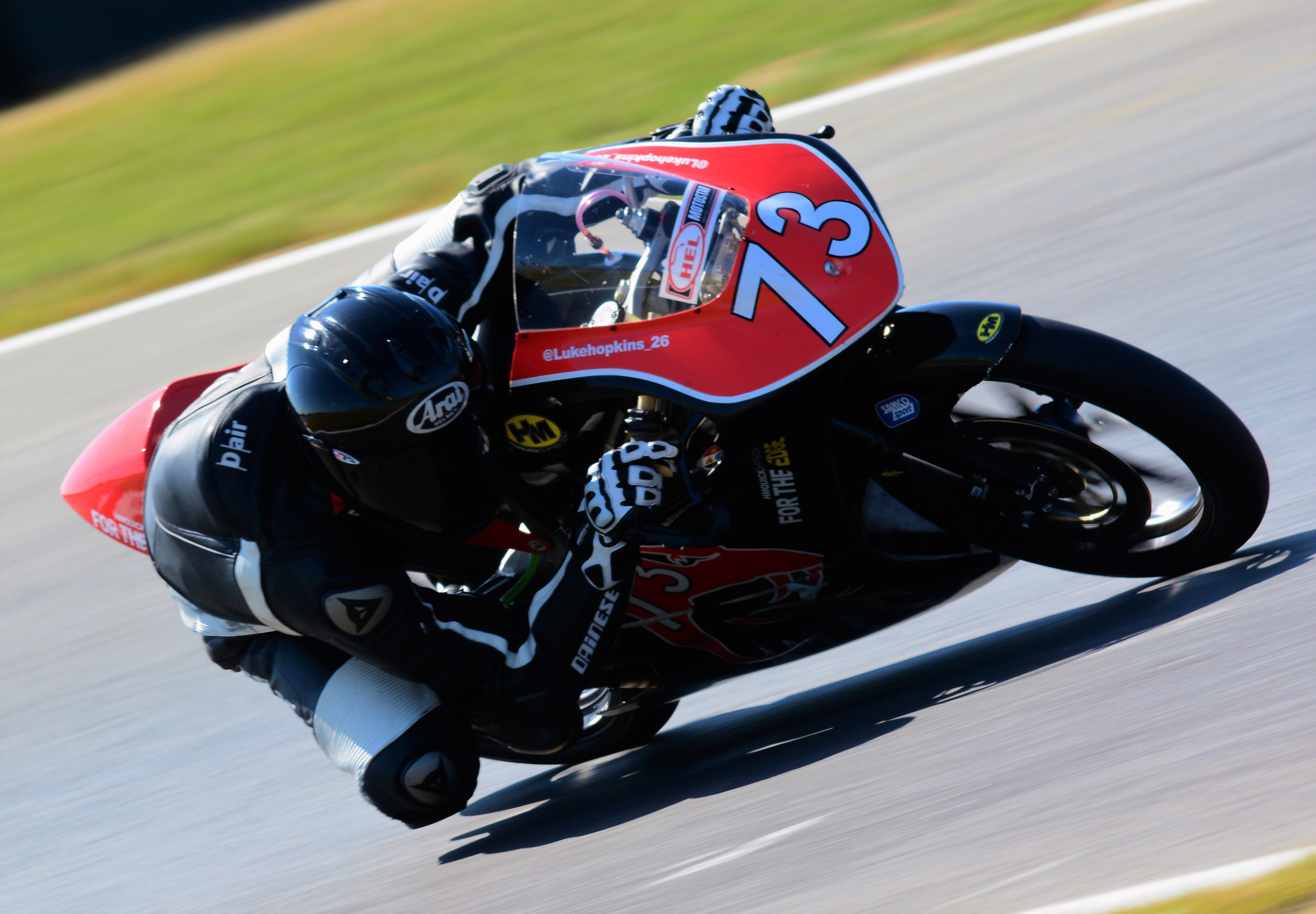 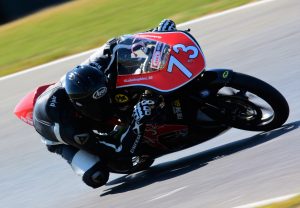 15-year-old Luke Hopkins was racing as a wildcard event in the Hel Performance Motostar British standard class Moto3 Championship this weekend. The fifth round of the championship took place at Snetterton as was his second wildcard in the series this season.

After the success he had in the Dutch Supersport 300 series where he finished seventh, the Sittingbourne rider was looking for another positive result, but this time on his Honda NSF250R Moto3 machine.

There were two free practice session on the Friday afternoon and Hopkins improved his lap time between them by almost a second. This put him 6th quickest at the end of the first day.

Saturday morning and the riders went out for the 30 minute qualifying session. Hopkins set his fastest lap in his first stint. Although the team made some adjustments they didn’t enable him to improve further and he qualified 8th for the race.

The first race of the weekend was ten laps. After a good start Hopkins got caught up in the chaos of a crash in front of him. In avoiding the stricken machinery he lost a lot of time and finished lap one back in eighth position again. At the halfway stage he had managed to catch and overtake Fox-Moreton for seventh. Despite having closed the rider down Hopkins was unable to make a gap and the positions were reversed again three laps from the end of the race.

The second race on Sunday was two laps longer. Hopkins had a difficult start dropping back from seventh to ninth on the first lap. He spent most of the race battling in a three rider battle for eighth position. The three swapped positions throughout the 12 lap race, but it was Hopkins who crossed the line first to seal another 8th place finish and end his weekend with 16 championship points.

Luke Hopkins said, ”The start of race one was a bit tricky as several riders crashed in front of me. I managed to avoid them but lost some valuable time. In the second race I didn’t get away well. But it was exciting to battle with two other riders and to come out on top. Thanks to my sponsors for their continued support.”