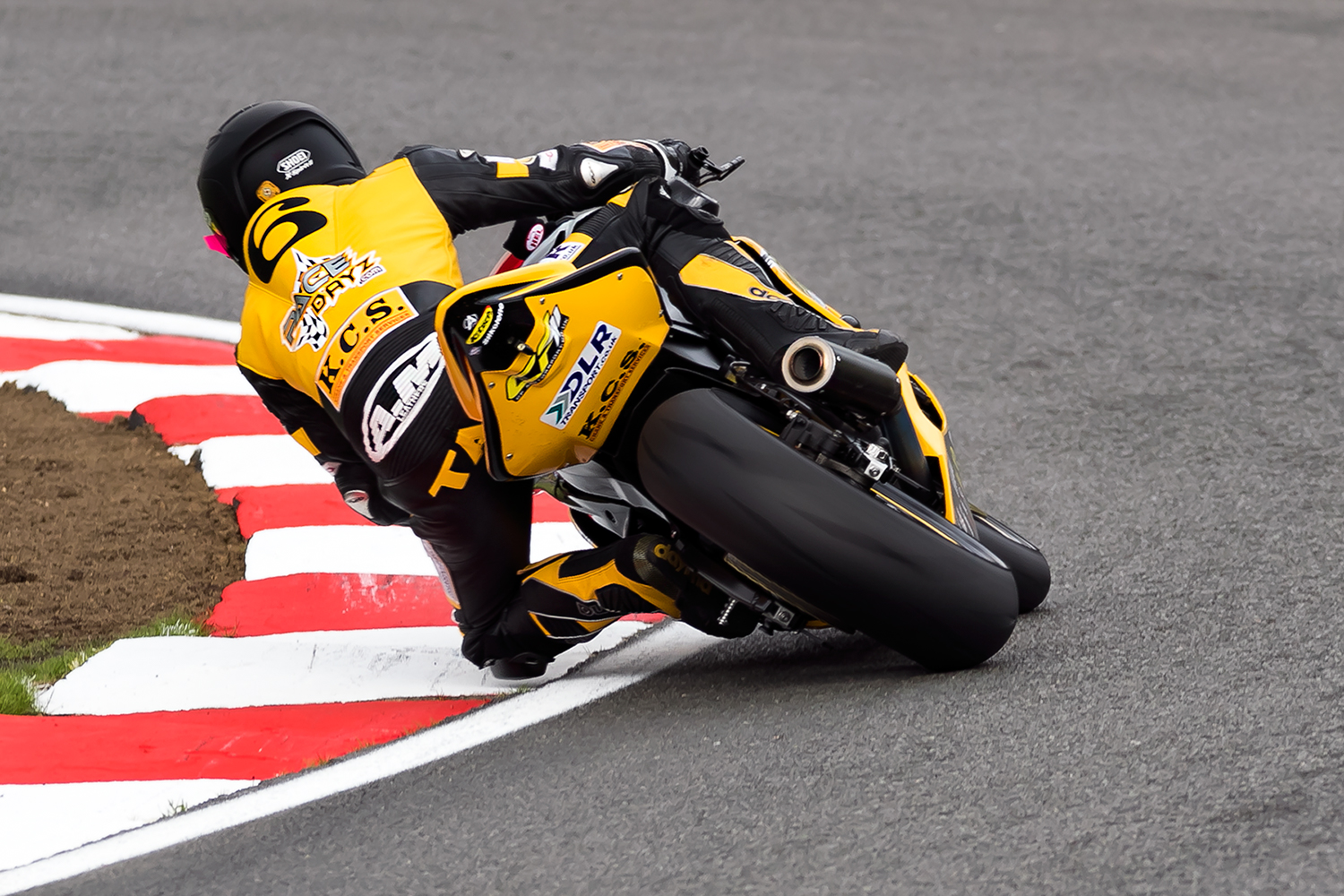 There was little rest for the National Superstock 600 riders, having just competed at the Brands Hatch Indy circuit last weekend, they were back in action at the Donington Park circuit. The benefit of this was that they got to rub shoulders with the World Superbike teams at the famous 2.5 mile Derbyshire track.

Late Friday afternoon Taz Taylor took to the track for the free practice session. Once again the class proved how competitive it is with Taylor finishing the session in tenth spot but less than a second behind the fastest rider. He clocked a lap time of 1’35.881 on his distinctive yellow and black PacedayZ Trackdays Yamaha.

On Saturday afternoon the riders completed their twenty minute qualifying session. Unfortunately for Taz Taylor he suffered some front brake issues. Despite these problems he managed to finish just 1.242 seconds of the fastest rider. However, this class is so competitive that meant that Taz had to start 21st on the grid.

Going into the 14 lap race on the Sunday, Taylor was in good spirits despite having to start on row the end of row seven. The team had worked hard during the evening to try and resolve the braking issues he experienced in qualifying, including changing the master cylinder.

Taylor made an immediate impact in the race as he launched himself off the grid. He made a fantastic start and by the end of the first lap he had climbed eight places, and was heading a group of some seven or eight riders. Taylor was soon up to twelfth passing Bradley Perie and looking to close on Davey Todd.

Disappointingly for Taylor and the team the front brake problems returned and he was unable to stop the PaceDayZ Yamaha. Running off into the gravel trap at Redgate he avoided a crash and further damage to the bike, but was unable to carry on in the race.

Taylor left Donington Park philosophical about the weekend and is now looking forward to competing at the next round at Knockhill, a track where he scored a double victory in the Hel Performance Motostar Moto3 championship last year.

Taz Taylor, “I can’t deny that I’m disappointed, what with it being my home race. I showed good pace and made up many places during the early laps so that was positive, but then the front brake problem returned. I know the team are working as hard as they can to give me a good bike, it’s just that sometimes these things happen in racing. The next race is at Knockhill and I went well there last year.”