Nesbitt gets another double at Brands Hatch last weekend 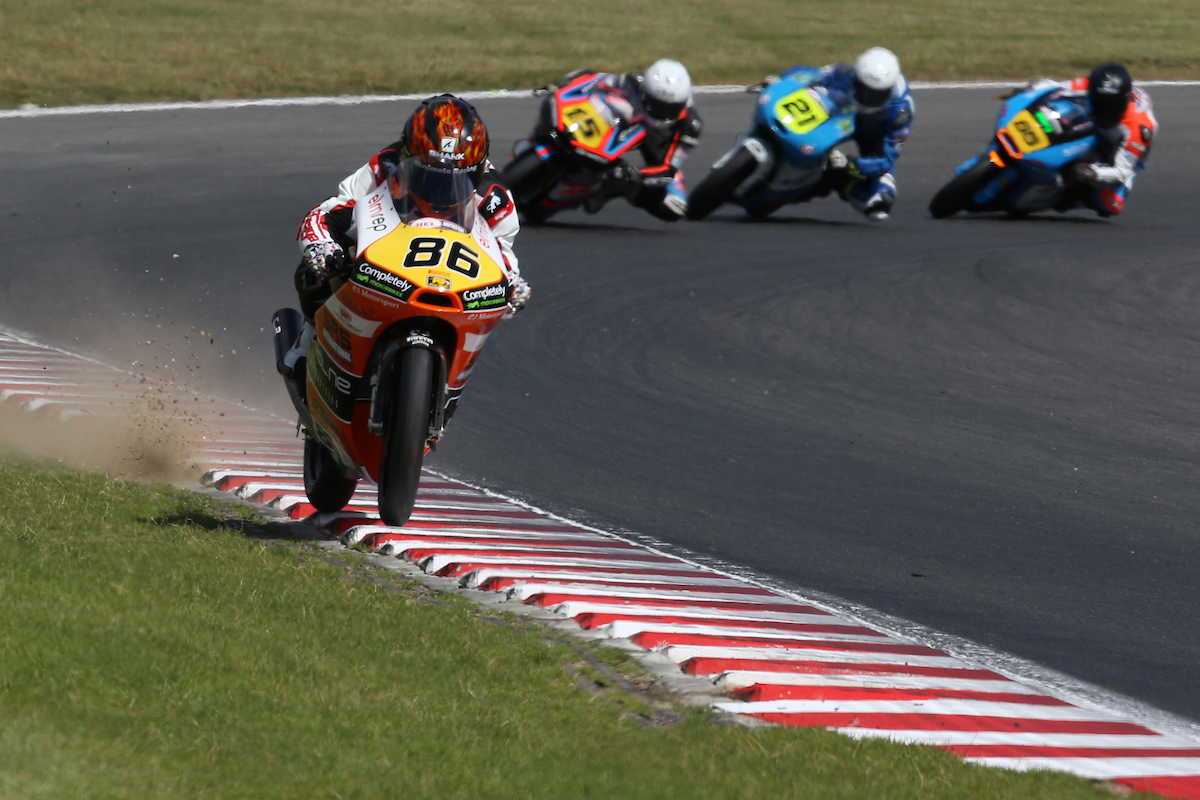 We continue our work with the Hel Performance Motostar run-away leader Charlie Nesbitt. This 16-year-old lad has had an amazing year so far and it just gets better each round. We were delighted that his father Paul and Charlie asked us to work for them. I love the picture we used in the race report, from Bonnie Lane Photographic. It shows Charlie really pushing hard, full of confidence, using all the track (perhaps a little more!) on his way to victory. Behind him three more hard working riders are trying unsuccessfully to stay with him.

The latest race report is below: 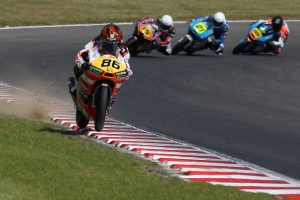 The Brands Hatch GP circuit in Kent was the venue for the two Hel Performance Motostar Championship races of round seven, last weekend.

Swindon racer Charlie Nesbitt made a cautious start to free practice on the Friday as he had to run in a new engine. Running around tenth position throughout the session he finally pushed on with his final lap moving himself up to third overall.

Q2 was first thing Saturday morning. Having already reduced his Q1 time Nesbitt set a blistering time on his final lap of 1:33.498 which left him 0.977 seconds ahead of the second quickest rider.

15-year-old Charlie Nesbitt led the 10 lap race one from start to finish on the Saturday and also set the fastest lap. He completed a flawless victory winning by more than seven seconds over Josh Owens. His main rival in the championship came home third meaning that Nesbitt extended his lead further in the championship.

The Sunday race was 14 laps and again Nesbitt made sure he got a good start. He led from the off and never looked back. In a repeat of the first race Nesbitt stretched away from the chasing pack leaving them to fight over second place. Although he didn’t manage to break the lap record he again set the fastest lap of the race and crossed the line 10.361 seconds ahead of the second placed rider.

Nesbitt has won ten races this season and the last six races in a row. He has accumulated 280 points and now leads the championship by 109 points. There are five rounds left with the next being at Cadwell Park on the weekend of the 27-29 August.

Charlie Nesbitt, “I’m really pleased to have got two more wins. It means I have increased the lead in the championship so I’m very happy with that. Thanks to all my sponsors and Nick Carpenter and the team at e3 Motorsport/Redline KTM for an amazing bike again this weekend.”