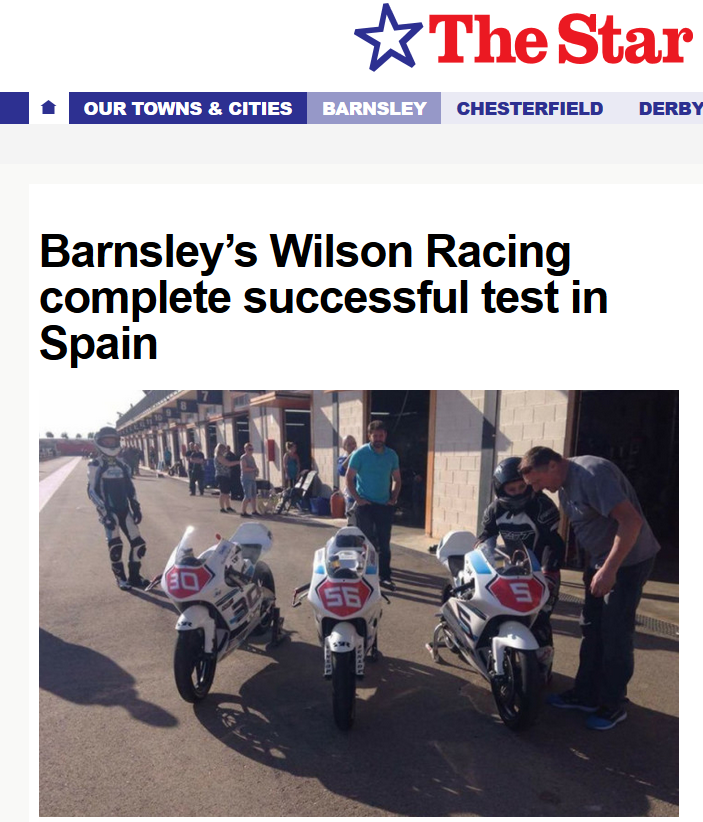 Wilson Racing compete in the Moto3 Hel Performance Motostar British Championship standard class and are hoping to build on the successes of their first year. Gary Wilson’s 2016 riders finished fourth and eighth in the series in 2016.

For 2017 Max Cook and Tom Alexander have joined Charlie Atkins to form a three rider team. The Cartagena circuit usually enjoys good weather throughout most of the year, making it a firm favourite for the teams to test at. The 3.5 kilometre circuit has a main straight of just over 600 metres, 8 left hand corners and 10 right handers providing most of the ingredients needed to help prepare for the coming season.

The riders spent the first day getting used to the bikes again. Whilst 13-year-old Charlie Atkins had a fall on the final day he was released from Hospital a few hours later. He improved throughout the test. 14-year-old Max Cook was quickly up to speed on the standard Honda and looked very accomplished, and Tom Alexander also did well, especially considering he is still recovering from a nasty leg break in 2016.

Gary Wilson, “The test has proved very useful for me and the team. The riders haven’t been on their Moto3 machines since last October, so they have had the opportunity to reacquaint themselves with their machinery. Charlie [Atkins] rode for me last year and is thankfully ok after his fall, but it was my first opportunity to see Max [Cook] and Tom [Alexander] on one of my bikes.

After the four days I am feeling very pleased with the progress the riders have made. Now we are all looking forward to the one day test at Donington Park.”

The one day official BSB test will be held at Donington Park, a week before the first race at the same circuit on the weekend of 31st March to 2nd April 2017. 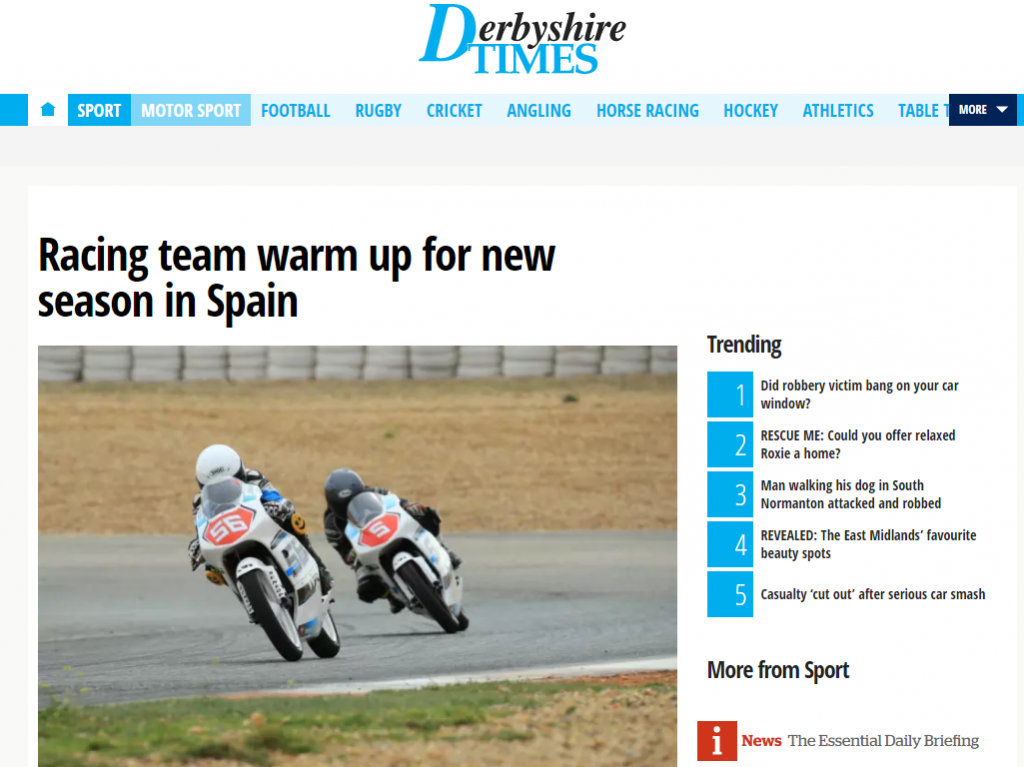