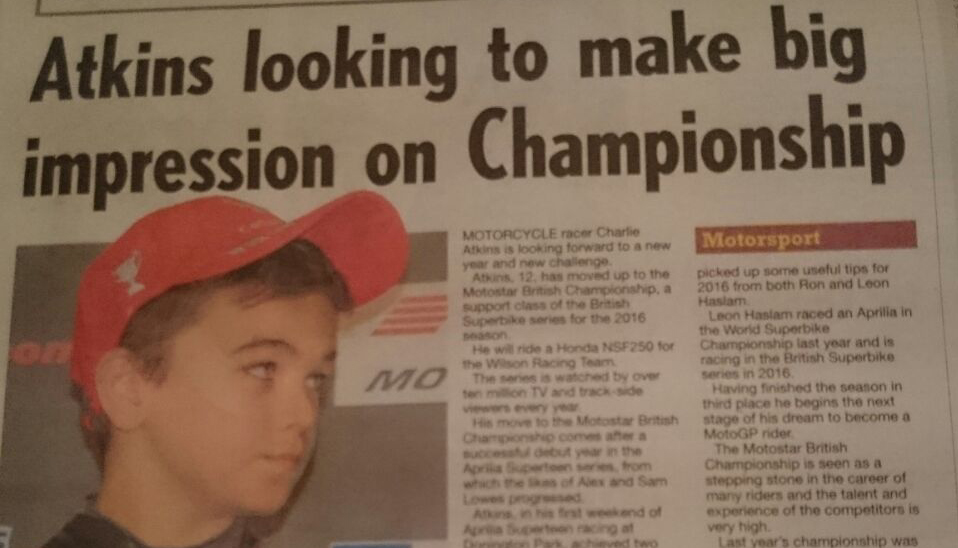 Our relationship with the Atkins family continues as Charlie Atkins embarks on the next step of his dream to become a MotoGP star. The 12-year-old motorcycle racer from Goole will compete in the Motostar British Championship in 2016, a support series of British Superbike. We were contracted to put together a press release to raise awareness of Charlie’s sporting success in 2015 and also his plans for the 2016 season. The resulting press release was used by the town newspaper, The Goole Times as well as the larger Hull Daily Mail which enjoys a circulation of around 40,000 readers in print form. Motorcycling is an expensive business and publicity is an important part of retaining sponsorship for the season and raise awareness amongst potential sponsors and fans of Charlie Atkins career. 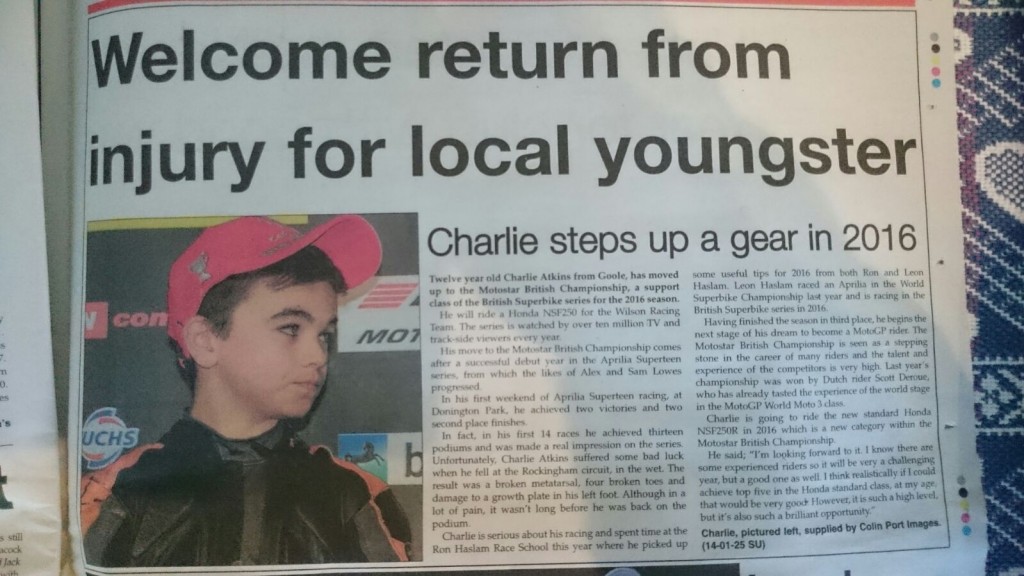 We are more than happy to discuss one-off press release articles or a series of ongoing press releases throughout a race season. Remember it is easier to retain an existing sponsor than it is to attract a new one. A professionally written piece which can be used with your own mailing list or by media outlets can go a long way to maintaining the interest of the people that keep you racing.