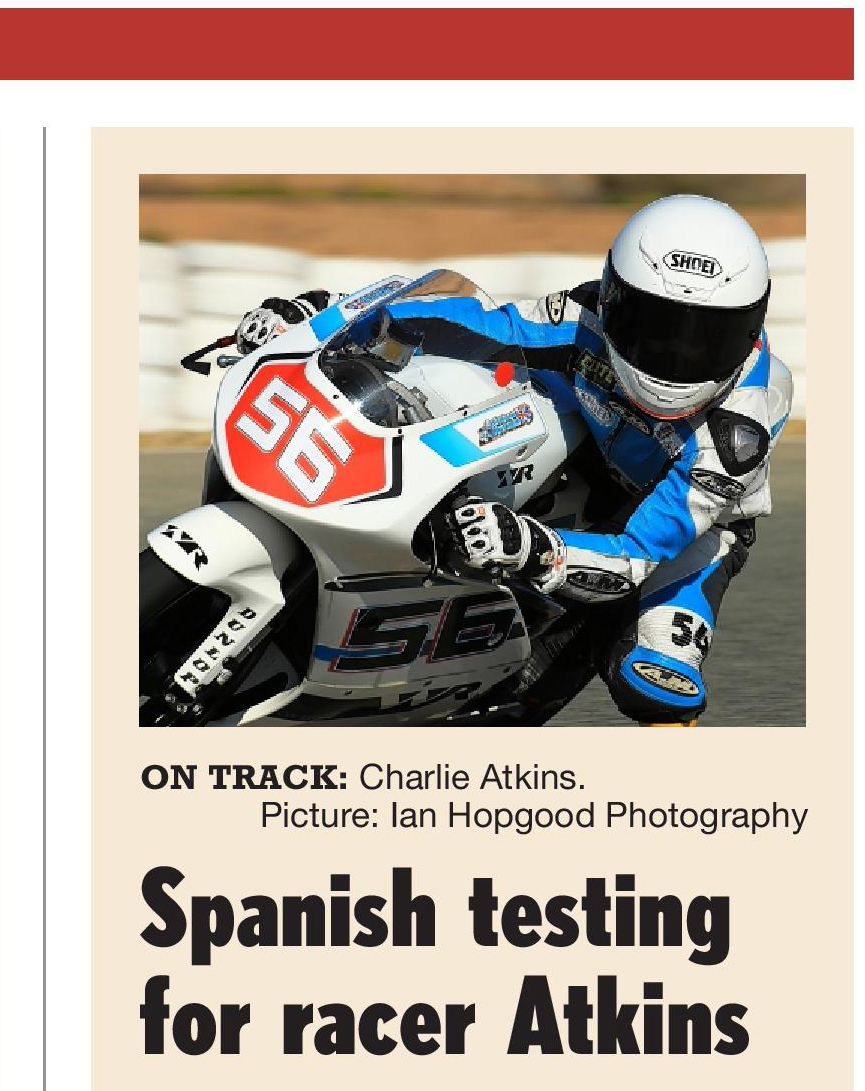 Charlie Atkins got back on his Moto3 motorcycle for the first time in five months when he took part in a four day test at the Cartagena circuit in southern Spain.

The 13-year-old winner of the Hull Daily Mail Sporting Champions under 16 award is competing for the second time in the Hel Performance Motostar British Championship standard class. This Moto3 series runs alongside the British Superbike Championship that sees riders like Shakey Byrne and Leon Haslam battle at some of the best circuits throughout Britain.

Last year Atkins took his first win on a Moto3 when the championship crossed the North Sea to the popular Assen round in the Netherlands.

The first day of the test was spent getting used to riding the Moto3 machine again. The following day Atkins focused on improving his lap time. On the third day there was heavy rain from lunchtime onwards. Atkins managed a race simulation in the morning before the heavens opened, but the afternoon was spent sitting in the garages. On the final day Atkins fell in the second session of the day going into the first corner. He went to the local hospital just in case, but was allowed to leave after several hours observation.

Following the recent test Charlie Atkins enthusiastically said, “Last year was a fantastic rookie season for me. To take a victory in my first year was more than I expected and to top it off the Hull Daily Mail adjudged me the winner of their under 16 Sporting Champions Award. The test in Cartagena meant I could finally get back on the bike and I loved every minute of it. It was a pity about the fall on the final day, but that can happen. I can’t wait for the season to start.”

There are still opportunities for local businesses to get involved with Charlie’s racing this season. You can contact Gareth Atkins on 07929 006993.

The first race for the new season will be at the famous Donington Park circuit in Derbyshire on the weekend of the 31st March to 2nd April 2017.