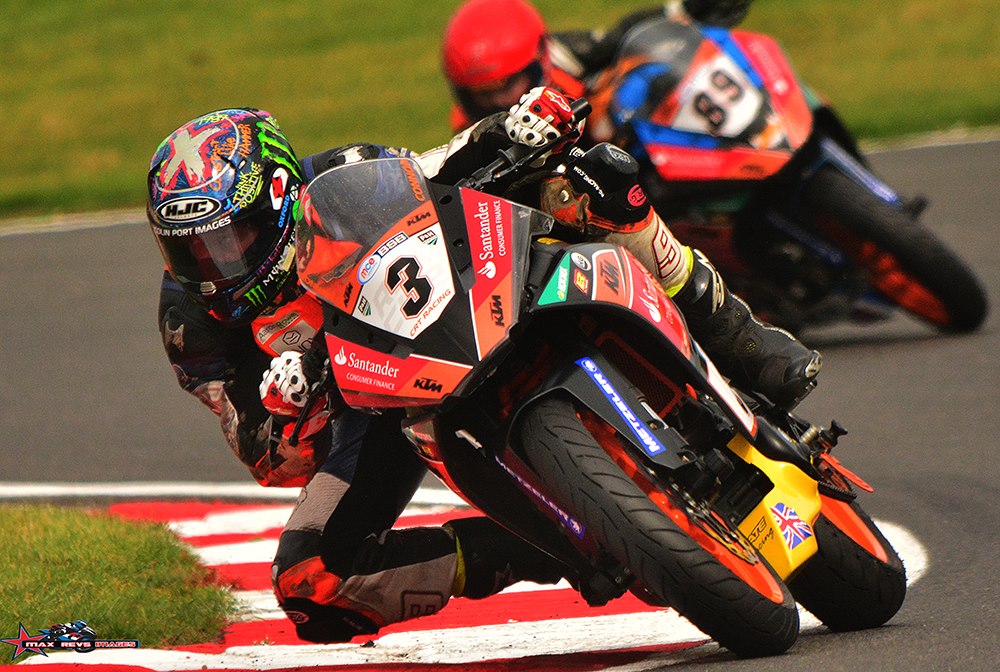 Connor Thomson debut in the KTM British Junior Cup couldn’t have gone much better. Having never competed in the class before he came away from Brands Hatch with a win and two second places.

The teenager, who also rides for Horley based CRT Racing in the Aprilia Superteen championship, showed no nerves when the free practice session began early on Friday evening.  Riding the KTM RC390 bike for the first time in a competitive event, Thomson was immediately on the pace. At the end of the 20 minute session he had posted the fastest lap time and was almost three tenths ahead of the second quickest rider. 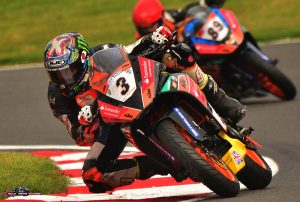 Saturday was a busy day for all the riders. Firstly there was the matter of qualification and afterwards two races to complete. Under a cloudy sky and with a cool track surface Thomson set about reducing his lap time. Over the 20 minute session he grew in confidence and set his fastest lap as the session finished, a 57.455. The time recorded was exactly the same as another rider, but as that rider’s second fastest lap was fractionally better than Thomson’s he was placed third. Still a front row start for the race was a fantastic way to begin the weekend.

Fully motivated for the first race Connor Thomson made a great start and led for the first three laps of the race. Fox Moreton then took the lead but Connor Thomson spent the next 7 laps battling at the front together with Reece Guyett. As the race entered the penultimate lap Connor Thomson had been saving himself and once again took to the front. Once in the lead he pushed on opening up a gap of 1.287 seconds to finish with the victory in his first ever KTM British Junior Cup race.

Just a couple of hours later and the second race of the weekend took place. Thomson was determined to make it two wins from two as he lined up on the grid on pole position. This time he didn’t start as cleanly as in race one and dropped to third in the early laps. However, fully motivated he fought his way to first place and held it for the majority of the race. He was closely pursued by Guyett, Nixon and Lathrope as the entered the final laps of the race less than a second apart. On the penultimate lap Lathrope overtook Thomson going into turn one but on the last lap Thomson re-took first place coming through Clearways. Unfortunately, Thomson lost out on the win as Lathrope slipstreamed him and took the win from Thomson by just 0.083 seconds.

In the final race of the weekend, held on the Sunday, Connor Thomson started at the head of row two. He had another superb battle with Fox Moreton, as these two initially led the race. However, at the end of the fourth lap Thomson made a mistake when he missed a gear coming out of the last corner and nearly lost control of the bike. He managed to hang on but had dropped to fourth position. It wasn’t long before Thomson had worked his way back into second position. With three laps to go the gap between the leader and Thomson was 0.935 seconds and try as hard as he did over the final three laps he had to settle for second, crossing the line 0.302 seconds back from the winner.