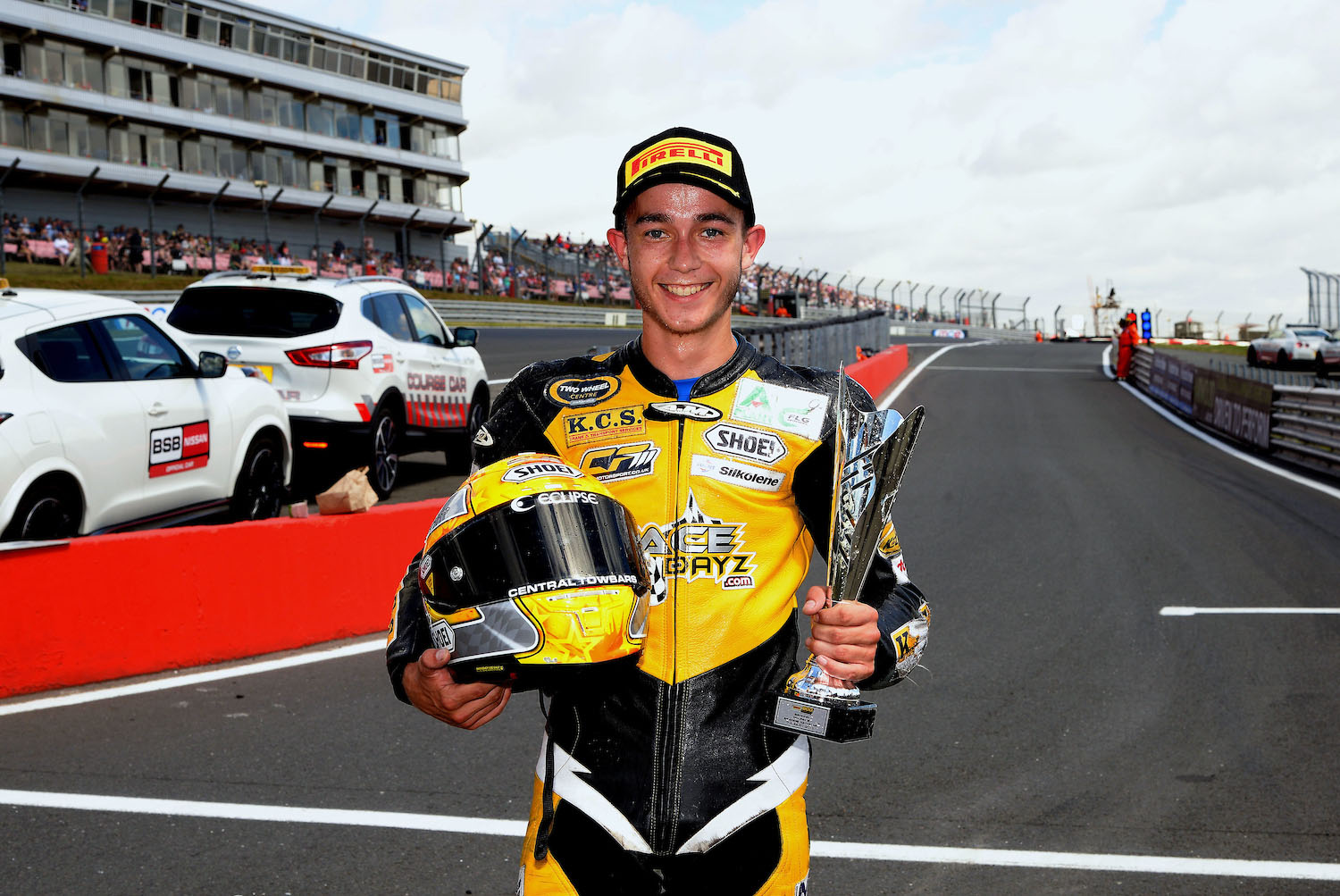 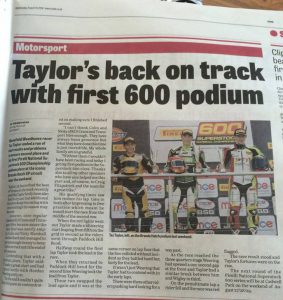 Taz Taylor has had a tough rookie season in the Pirelli National Superstock 600 Championship with Black Horse with a string of DNFs as a result of mechanical issues and crashes. As you can imagine, it was with great pleasure that we got to write about his second place finish and his first podium in the series, last weekend at Brands Hatch.

Taylor is an undoubted talent but with a string of unlucky results and an almost empty race fund it looked like we would lose one of Britain’s hot young prospects from the racing scene, at least until next year. Thankfully, Taylor has some wonderful sponsors who dug deep in their pocket to keep him racing. Well done to Colin and Nicky Marshall of KCS Crane and Transport Hire.