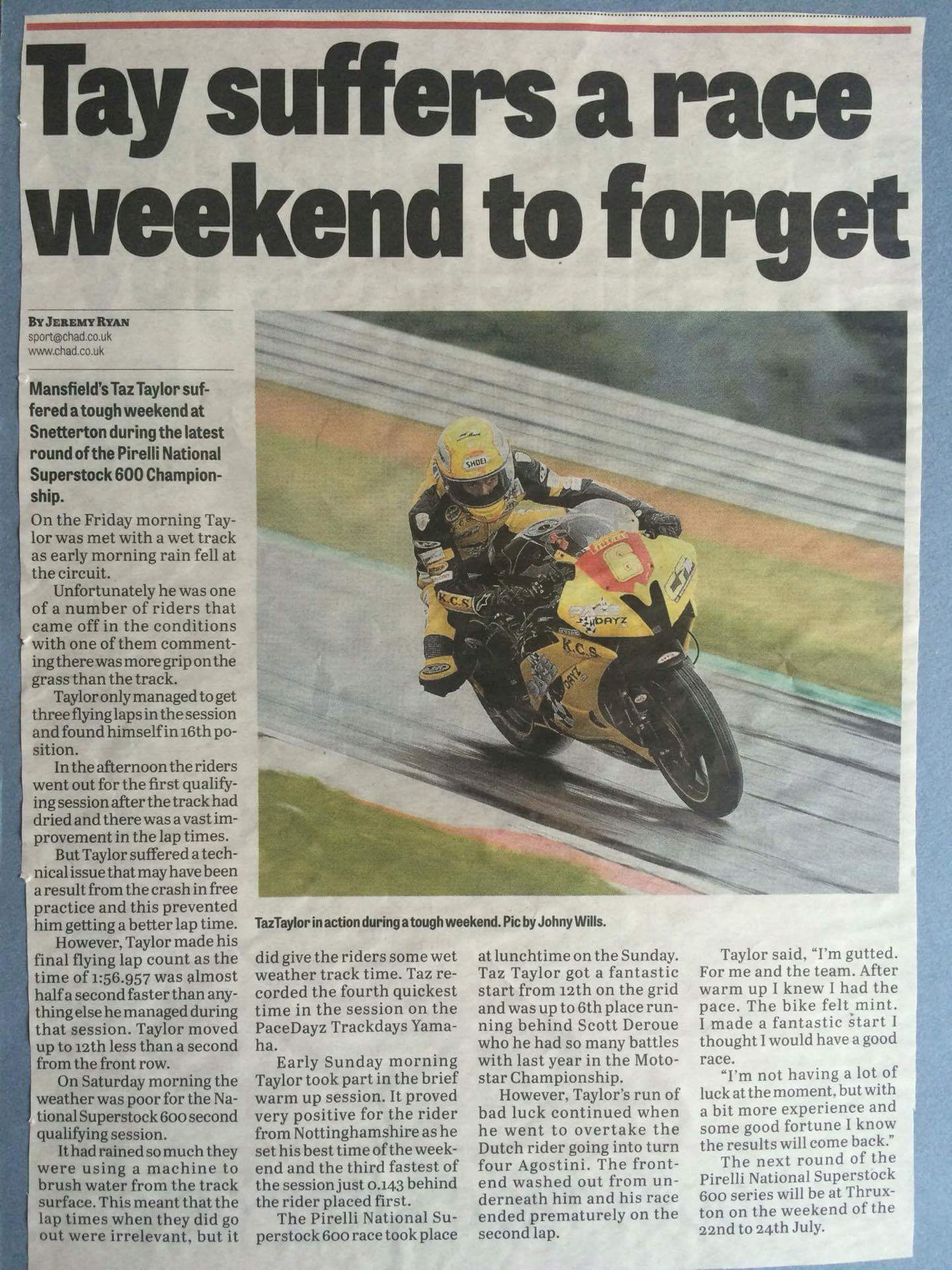 Most people realise that as a motorcycle rider you will fall off from time to time, whether it be your fault or someone else’s. They will understand you will have some negative results. Those with some motorcycle racing knowledge will understand that not many riders run at the top of their class in their rookie year. They have a new bike to learn and new braking points to identify at each circuit, even if they’ve raced their before.

Within a race weekend there are always aspects that are positive and can be carried forward to the next rounds. Taz Taylor has also had a number of really impressive results this year including a pole position. This shows what he is capable of so a frustrating result or two are just part of racing.

An article in a publication is  still important. If published with a picture it will continue to give visibility to those paying for the racing (your sponsors). 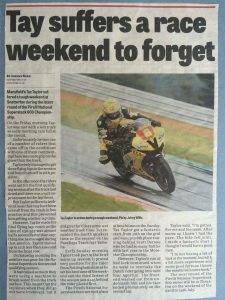 Article as it appeared in the local paper (complete with their typo in the headline. We can’t control that!)

Coverage of Taz Taylor from his local newspaper has been sporadic at best but a change of heart recently has meant a huge article appeared this week. The newspaper has also agreed to do a feature on Taz’s career and season so far which is a fantastic turn around and very much appreciated.

The Chad of Mansfield have also included our article on their website (left) a site which had 160,000 visitors in June alone. The weekly printed edition also has a circulation figure of around 18,000.

We recently managed to get Taz coverage in the Nottingham Post, something that never happened previously. One reason we approached the Nottingham Post was due to a lack of support from his local paper, which thankfully appears to have been sorted. The second reason was to widen his reach and therefore raise his profile throughout Nottingham as well as Mansfield, his home town.

The Nottingham post has a circulation of 22,000 and is a published Monday to Saturday rather than a weekly. The majority of its readers are based in the city of Nottingham but it also covers the surrounding areas such as; Arnold, Beeston, Carlton and Long Eaton. They included their latest article on Taz Taylor in their Tuesday 12th July 2016 edition.