TJ Toms stands on the podium at Silverstone 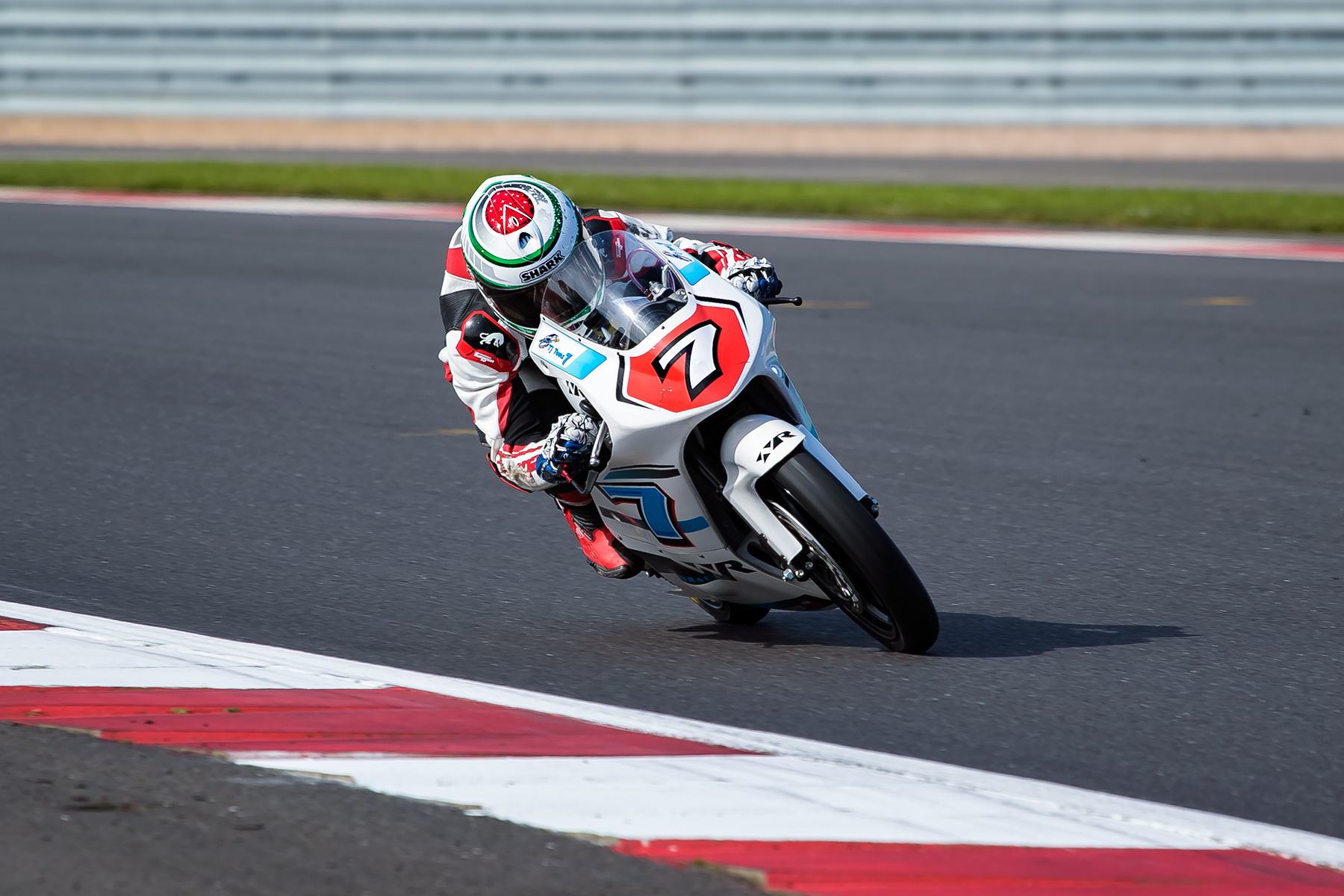 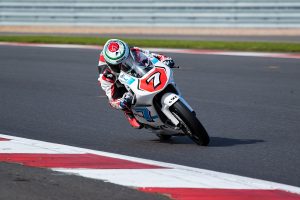 The Motostar British Championship got underway this weekend and it couldn’t have started at a more exciting circuit for the Puriton rider. The first race was at the fantastic Silverstone circuit in Northamptonshire, where the riders competed on the same circuit as the World Superbike and World MotoGP superstars.

TJ Toms, now in his second year and with his new team Wilson Racing, was eleventh on a challenging first day which saw the first free practice delayed after an accident to another rider in a different category.

The first qualifying session was held on the Friday afternoon and TJ Toms made steady progress. He set a lap time of 2:32.781 which saw him make the top ten. For Q2 on Saturday TJ was looking to improve his time in the first and final sectors, but whilst he managed to reduce his lap time he was left to start the first race of the season in 11th position.

TJ Toms stands on the podium at Silverstone

The race on Saturday was cancelled due to poor track conditions late in the afternoon, so there was only the Sunday race to look forward to. Lining up in the middle of the fourth row TJ had his work cut out. Showing true determination he launched off the start line and by the end of the first lap he was already up to fifth position. By the following lap he was running in fourth position and was matching the front runners lap times, something he continued to do throughout the race. This enabled him to drop the riders tailing him in the first few laps.

As they came across the line at the end of the ten lap race TJ Toms was in third position, an incredible recovery having started so far back on the grid, and just reward for the effort the 14-year-old put in throughout the weekend.

TJ Toms, “I’m really happy with how the weekend went as we made progress in every session. I’m delighted to gain my first podium, after this weekend it’s filled me with confidence! Thank you to my new team boss Gary Wilson at Wilson racing for putting together an amazing bike.”

Gary Wilson,” We’ve had an awesome weekend. TJ rode exceptionally well to finish on the podium and we are all very proud of what he achieved. The team has already gelled and is working exceptionally well. Roll on the next round.”

The next round of the Motostar British Championship is at Oulton Park on 2 May 2016.