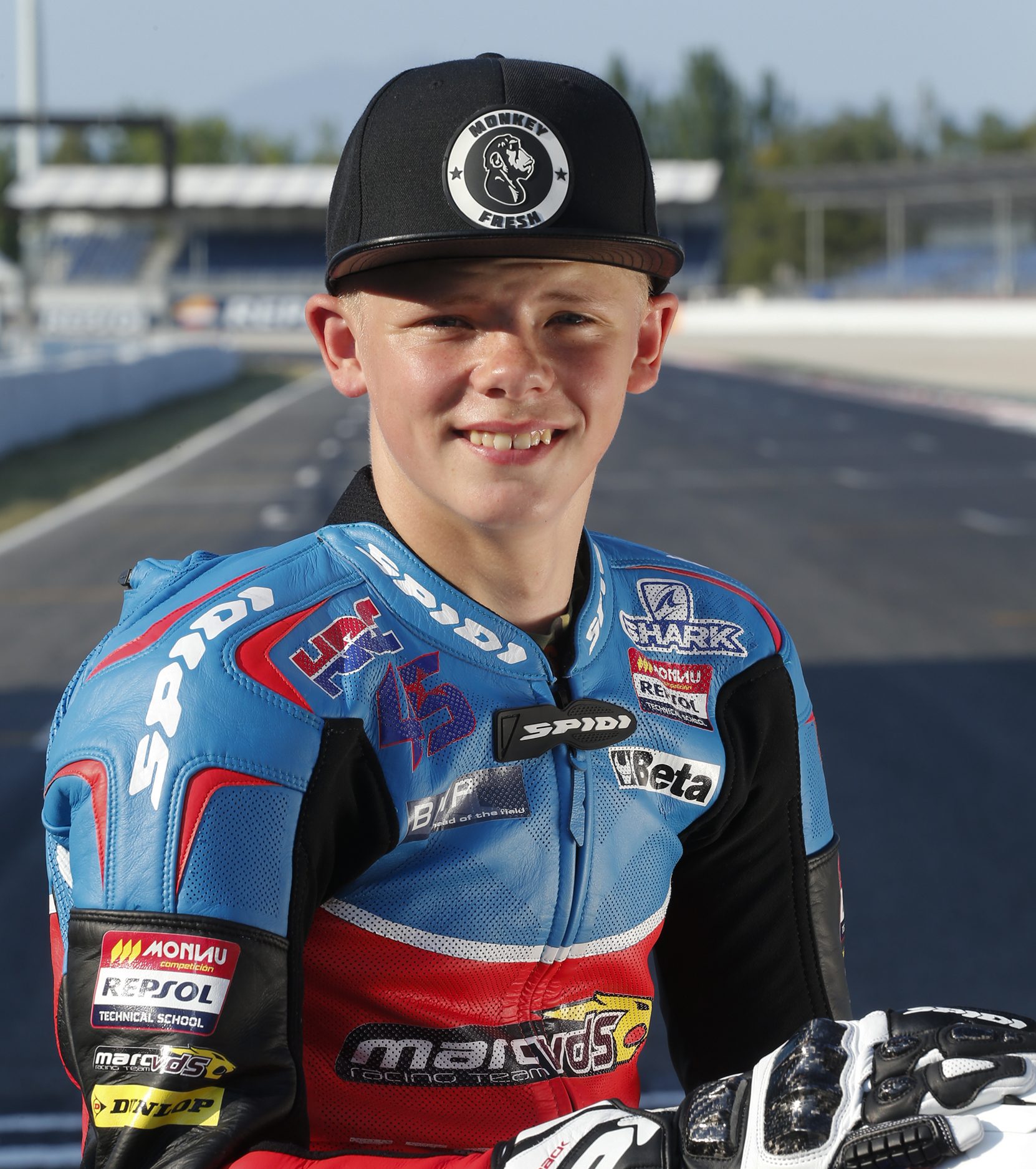 Nesbitt had high hopes after having to sit out the two Moto3 Junior World Championship races at Barcelona where he injured his left hand in an accident. Another rider had been dawdling on the racing line in free practice when Nesbitt ran into the back of him. 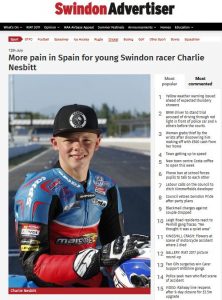 The injury also ruled him out of valuable test at the Ricardo Tormo circuit prior to this weekend’s race, but the Swindon rider remained positive. In the first free practice session he didn’t suffer any major pain from his hand. The afternoon session was wet so it was decided it wasn’t worth risking an injury when the weather forecast for qualifying and the race were dry.

With rider and team on the back foot Nesbitt had to use the first qualifying session to continue with bike set-up and posted the 24th fastest time. In the hotter conditions of the afternoon it was harder for riders to improve on their times. However, Nesbitt was one of the few that did. He finished 9th in the second qualifying session. With the two qualifying session times combined Nesbitt lined up 18th on the grid for the two races.

On Sunday morning Nesbitt was feeling confident. In the warm up session he set a fantastic ninth fastest lap time just over half a second behind the fastest rider Dennis Foggia.

However, race one didn’t last a lap when another rider t-boned Nesbitt at the start. The Monlau Engineering rider manged to pick the bike up but the gear linkage had been broken in the crash which meant his race was already over.

In the second race Nesbitt was determined to have a good race and made a steady start. With seven laps gone Nesbitt was running 18th. He lost a position later on before more bad luck struck. Dan Jones (another British rider) high-sided coming out of the last corner in front of Nesbitt. Nesbitt was just inches away from the back wheel and had nowhere to go. He rode into the unmanned motorcycle and was thrown from his machine.

Desperate to continue Nesbitt picked his bike up and managed to remount, albeit in last place and 15 seconds behind the nearest competitor. He went on to cross the line 33rd having amazingly caught and overtaken two other riders.

Charlie Nesbitt said, “I was disappointed to miss both races at Barcelona and then the test at Valencia, especially as the accident wasn’t my fault. So I was really looking forward to this weekend. The hand stood up well, but in race one I was knocked off on the first lap. Then in the second race it was just one of those things and I thankfully Dan [Jones] is ok.  I knew I didn’t have a chance of getting any points but I just wanted to get back on and finish the race. I’ve got the pace, as Q2 and the warm up showed this morning. I just need a bit of luck at the moment. Now I’ve got to look forward to the next race in Estoril.”

Charlie Nesbitt’s next race in the round in Portugal on the 23 July 2017 at the Estoril circuit.