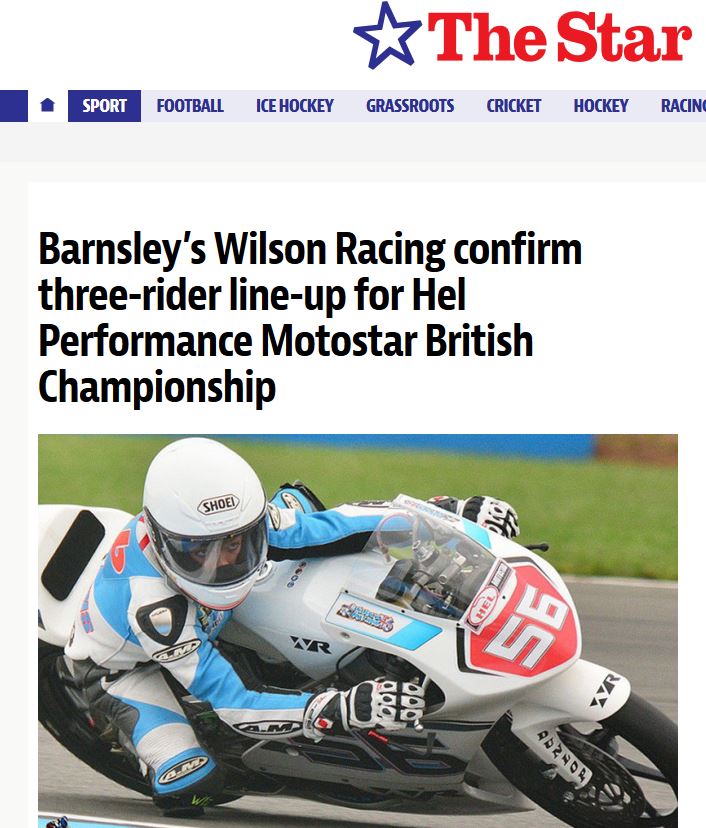 The Wilson Racing team, who compete in the Hel Performance Motostar British Championship standard class, have expanded to a three rider team for the 2017 season. The team turned a few heads last year when in its first season in the standard class championship its riders finished fourth and eighth and took a race win.

Whilst TJ Toms has moved on to race in the National Superstock 600 class, Gary Wilson has retained the services of 13-year-old Charlie Atkins. He finished 8th in the standard class and took his maiden victory at Assen. The youngster from Goole made the podium twice and continued to improve as the season went on. Previously he has been a double British Minimoto Champion. 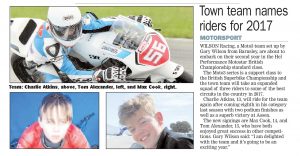 Joining Atkins will be 14-year-old Max Cook. The two rode against each other in the Aprilia Superteen series in 2015 where Cook took the championship title and numerous lap records. The youngster from Swindon was invited to attend the Red Bull Rookies selection event last season but an injury at the end of the season meant he was forced to pull out.

Another promising youngster to become part of the set-up is 13-year-old Tom Alexander. From Barnstaple in Devon, he spent 2016 racing in the final year of the Moriwaki Cup. Unfortunately his season was cut short when another rider collided with him, breaking the tibia and fibia in his leg. He has recently come out of plaster and is about to begin his training to return to full fitness for the season. Tom Alexander was 3rd in the British Junior Championship in 2015. 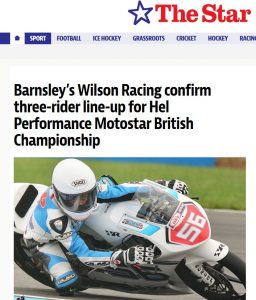 Gary Wilson said, “I am delighted that Atkins has returned to race with us again in 2017, after he really made good progress in his first year on a Moto3. We’ve also brought in Max Cook, who proved in the GP class last year he is a consistent finisher and only a year before that he won the Aprilia Superteen title. Also, I am pleased that another talented youngster, Tom Alexander has joined us for the season. He knows some of the UK circuits already and is familiar with the Moto3 bike. It’s going to be an exciting year.”