The Stroud News and Journal kindly used our press release for the basis of their article on Myles Wasley’s fantastic race weekend at Donington Park. Wasley had to win or come second in the final race of the season and somehow the 15-year-old kept calm to qualify for the KTM Cup World Final in Assen. Read more about Myles Wasley is world class[…] 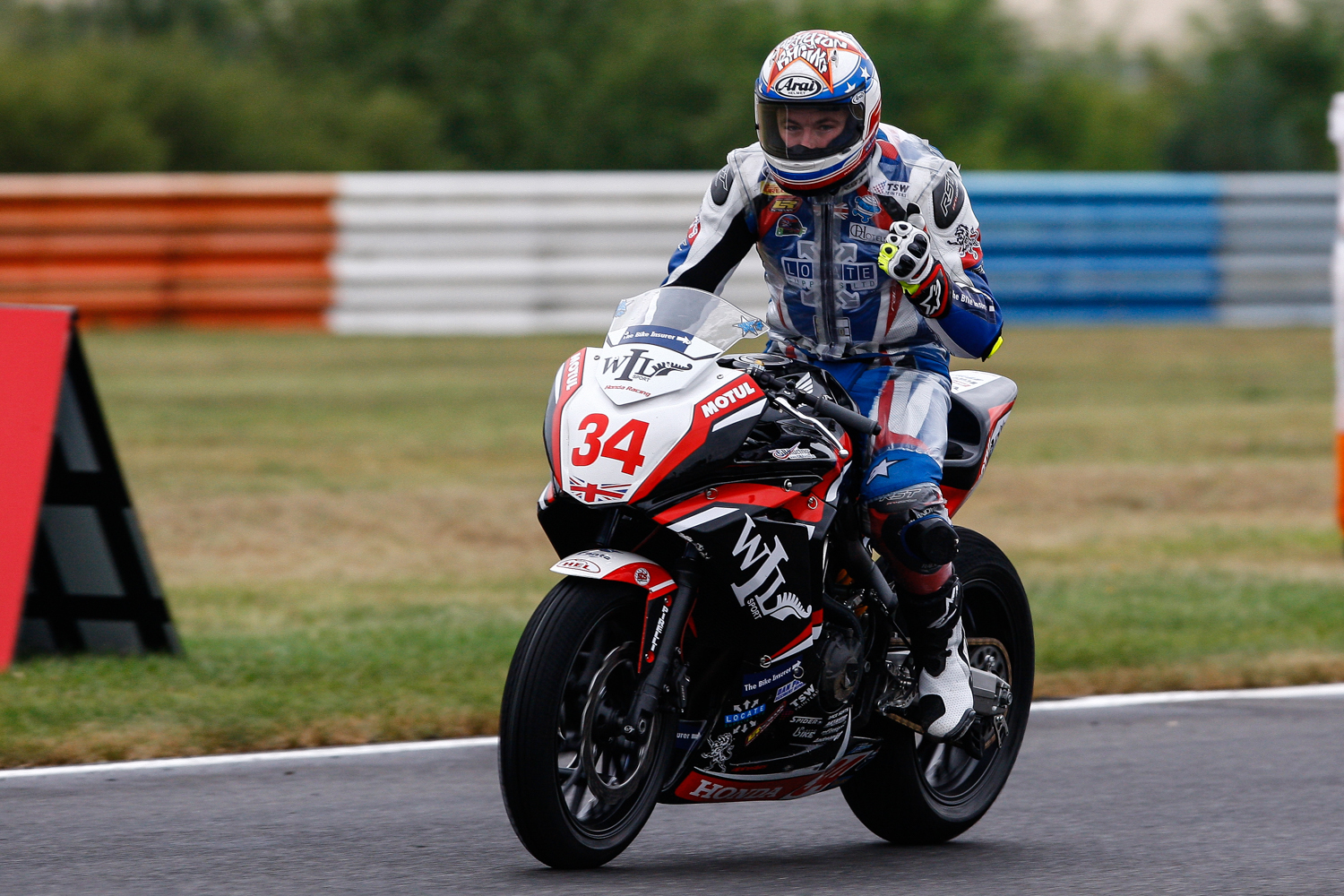 After the long summer break Scunthorpe rider Dan Drayton was back in action in the European Junior Cup a support series of the World Superbike Championship. On board his Honda CBR650F he competed in the fifth European round of the season at the Lausitzring in the state of Brandenburg, eastern Germany. The last time the Read more about Drayton shows fantastic pace before surprising race end[…] 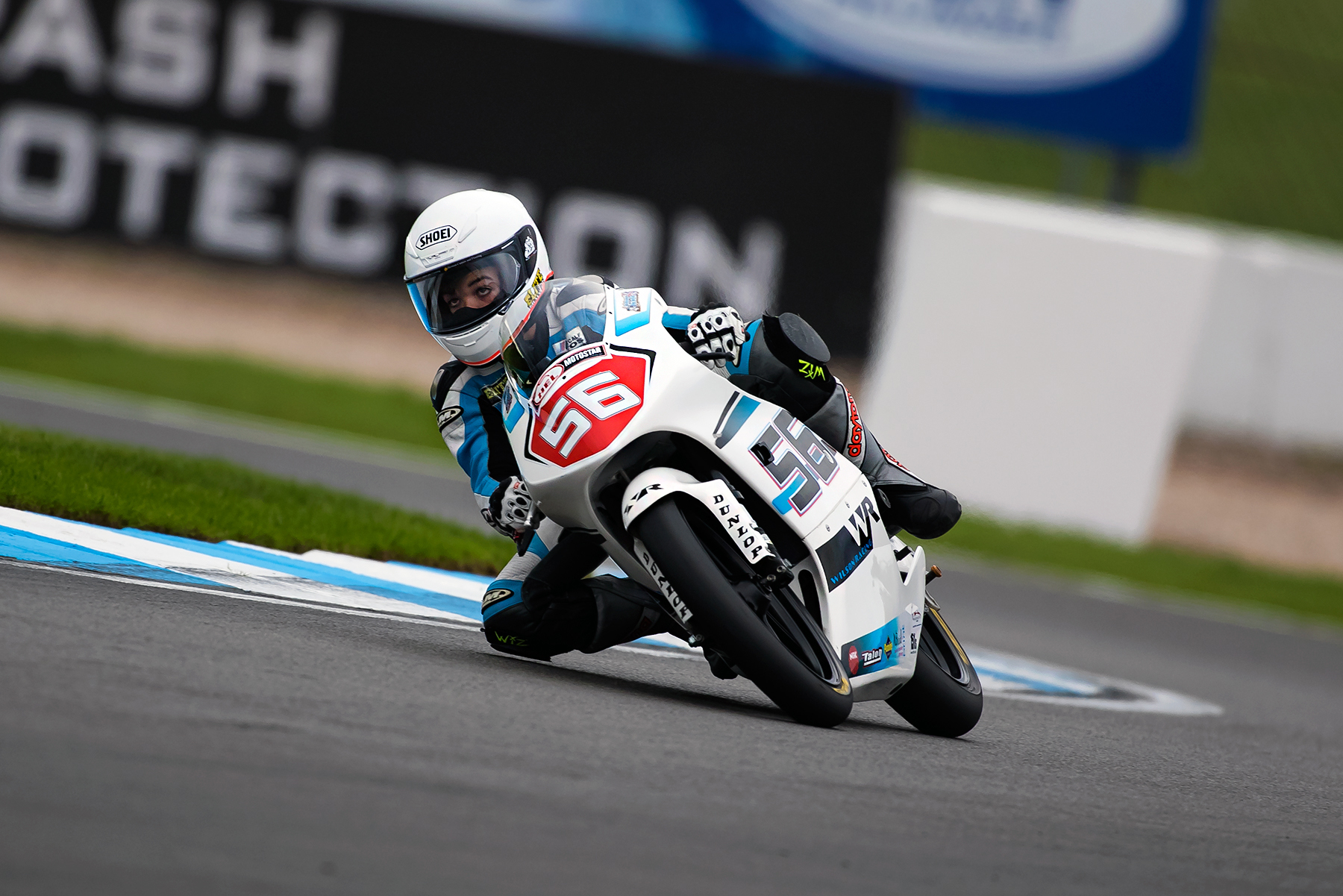 Goole youngster Charlie Atkins was racing at Donington Park in the tenth round of the Hel Performance Motostar British standard class Championship at the weekend. He showed great pace all weekend and scored a top eight finish in race one. A small error in race two meant he didn’t add to his race one points, Read more about Atkins on the pace but Donington proves difficult[…] 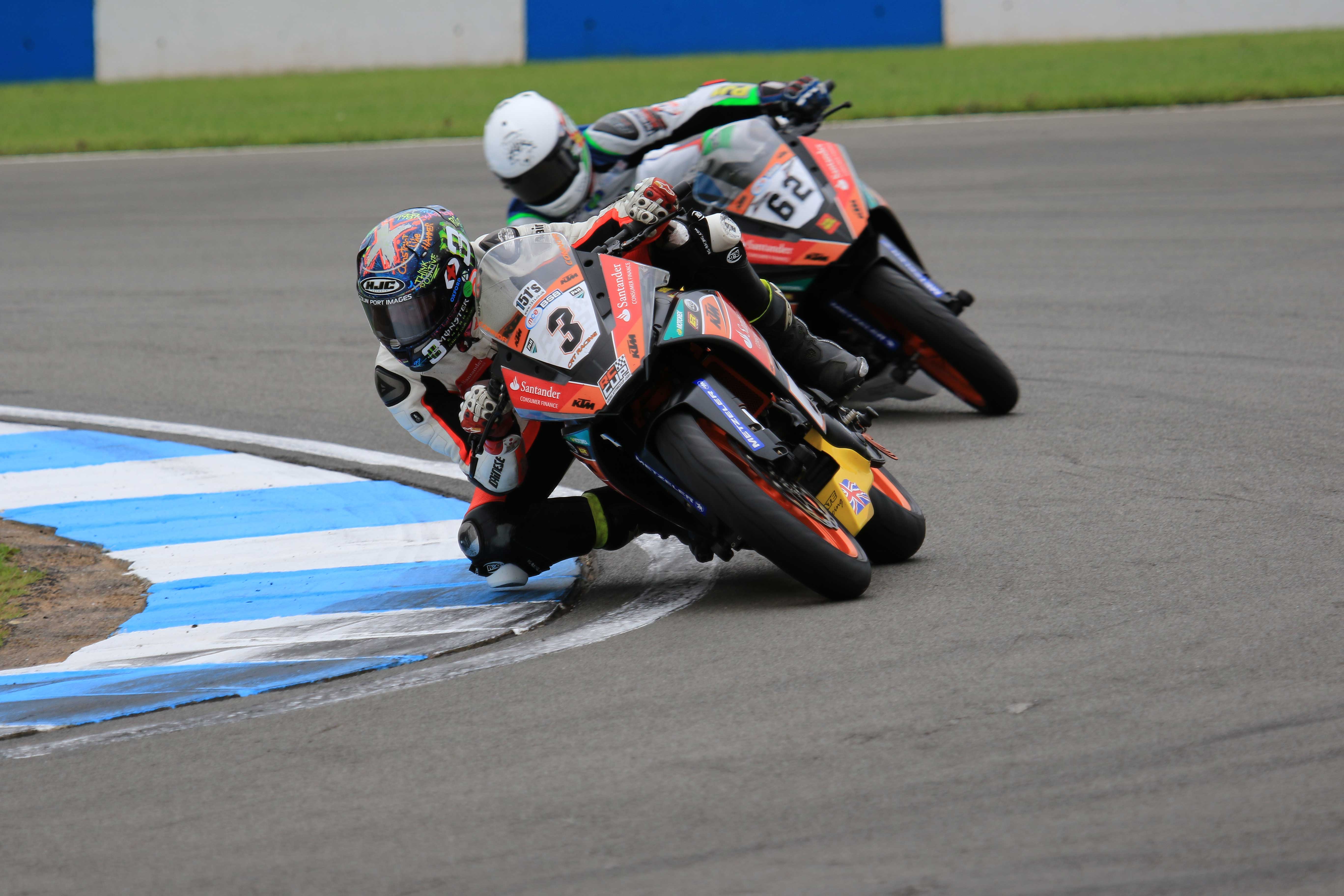 Connor Thomson, who rides for the Horley based CRT-Racing Team, missed out on a place in the KTM Cup World Final at Assen by just seven points after a fantastic season which only started at the third round for Thomson. Going into the final round of the Santander Consumer Finance KTM British Junior Cup Connor Read more about Heartache for Thomson at Donington Park[…]

After another dominant display at Donington Park Charlie Nesbitt was crowned champion of The Hel Performance Motostar British Championship, the Moto3 support class of the British Superbike series. The Swindon racer has won 15 races this season, 12 of them consecutively. It’s been a superb performance in a highly competitive championship. Charlie Nesbitt, “It’s been Read more about Spud Nesbitt wins national Moto3 title with 5 races to spare.[…]

Luke Hopkins from Sittingbourne was racing again this weekend, but this time as a wildcard in the Hel Performance British Motostar Championship at Donington Park. The Honda NSF250R is a Moto3 machine, much lighter and more powerful than the Kawasaki Ninja that he usually competes on. The free practice on Friday morning was a challenge Read more about Moto3 wildcard Hopkins in the points again at Donington Park[…] 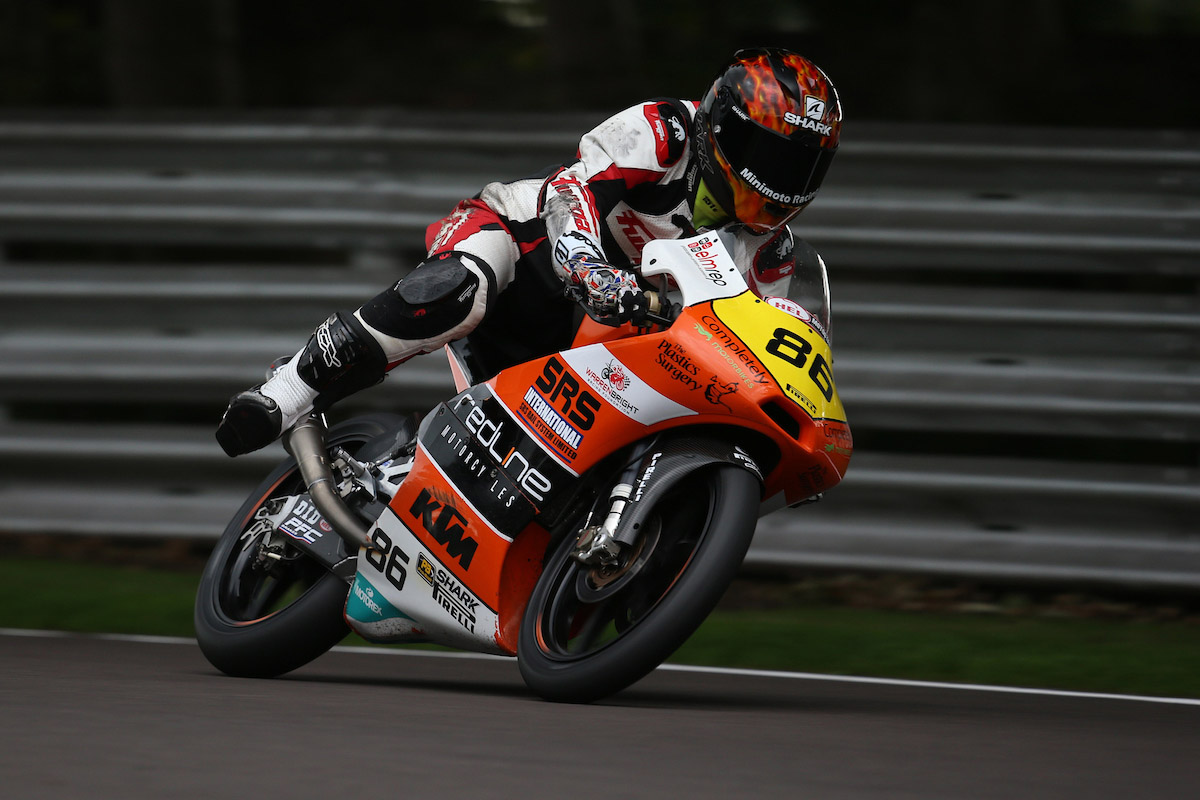 Race day provided perfect conditions for the Hel Performance Motostar British Championship race. Charlie Nesbitt started on pole position and took the win in a hard fought race, where he was under pressure from two or three other riders during the 12 laps. His victory now puts him very close to the championship title. Free Read more about Nesbitt works hard to clinch 13th win of the season[…]

13-year-old Charlie Atkins was competing in the ninth round of the Hel Performance Motostar British Championship last weekend at Oulton Park. The Cheshire circuit saw Atkins enjoy his best qualifying position of the season and battled hard to finish in fifth position. Free Practice During the thirty minute free practice session he reduced his lap Read more about Charlie Atkins delighted with fifth place finish at Oulton Park[…] 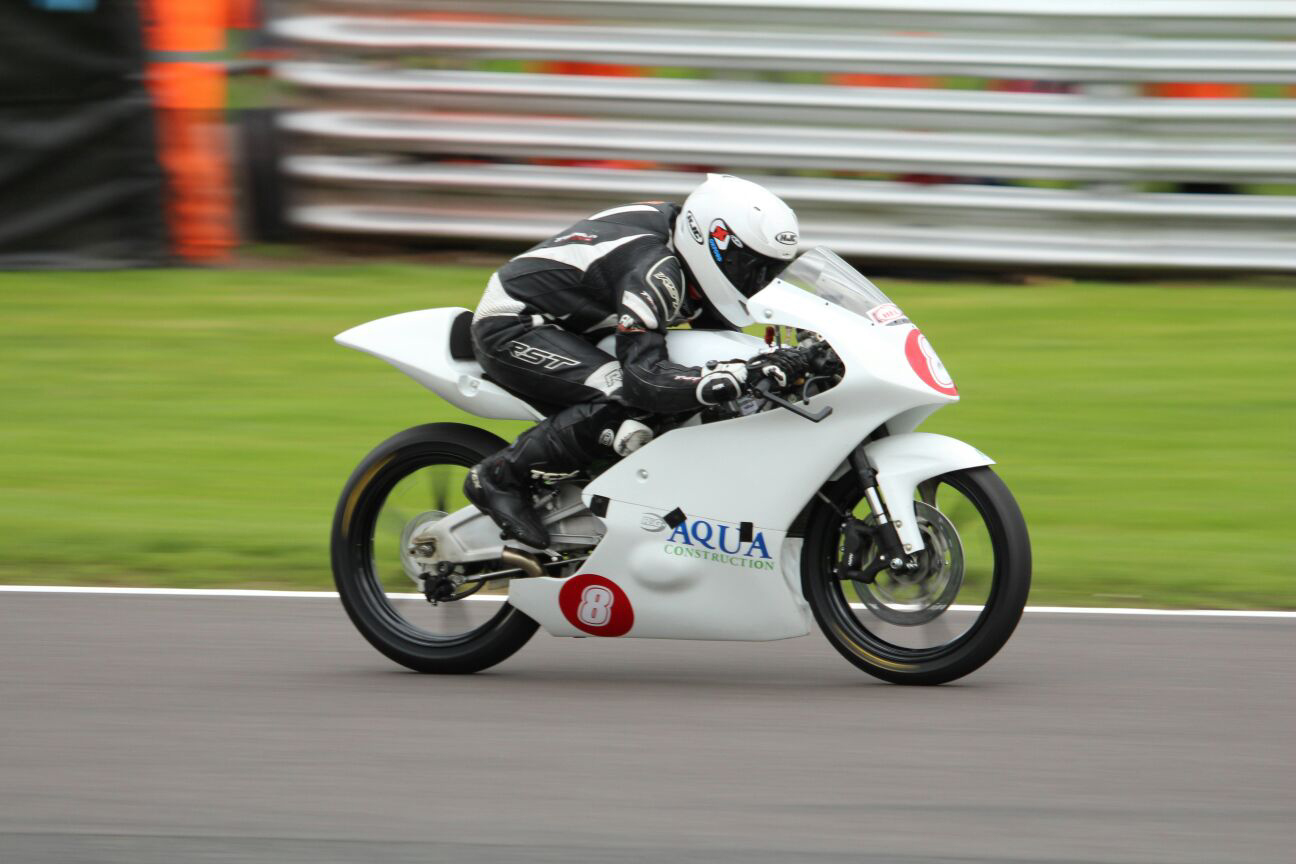 15-year-old Myles Wasley made a wildcard entry in the Hel Performance Motostar British Championship at Oulton Park, at the weekend. This was his first time he rode a Moto3 bike. The result of the weekend was not important, the purpose was to give the Stroud youngster some Moto3 experience. Wasley usually races a KTM in Read more about Wildcard Wasley thrilled at Moto3 experience[…]